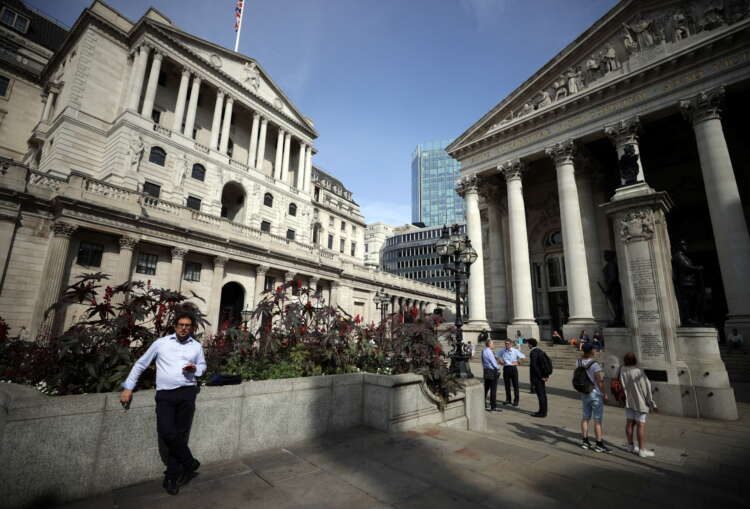 Bank of England Governor Andrew Bailey, on Tuesday, has disclosed that Banks should hold their nerve despite European Union pressure to shift euro derivatives clearing from London to the bloc.

Recall that Britain fully left the EU last December, the bloc has asked banks to move euro clearing from London, which accounts for the bulk of activity, to Frankfurt, Germany.

As a result, banks and their customers have put on a united front against relocating clearing, saying it would bump up costs by splitting markets.

Bailey made it known that banks were waiting rather than shifting euro positions as a June 2022 deadline looms when temporary permission for London clearers to serve EU customers ends.

“The right thing to do is to wait for the moment. The cost of moving and fragmenting is too large,” Bailey told a Bloomberg event.

READ: VAT Collection: Why It Might Be Of More Benefits To Have A Reviewed Sharing Formula— By kazeem Abiodun Kareem

“While waiting is sensible from the point of view of the banks, it puts the responsibility on the authorities to sort the thing out,” Bailey said.

However, negotiations with the EU at the present time have not been particularly intense, but the BoE was happy to give European Union (EU) regulators the assurances they need, he said.

“If they want to take a decision to break the system up, then it’s important to consider the risks to financial stability that come with fragmentation.”

Meanwhile, clearers in the United States already have EU permission to serve customers in the bloc.

“We could see some clearing of euro instruments switch to New York from London if this does not get sorted out,” NatWest bank chairman Howard Davies disclosed this in the same event.