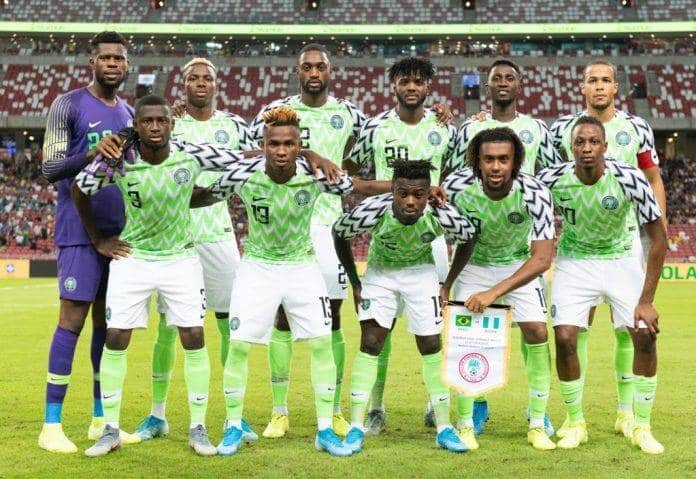 Certainly, writing that most Nigerians are extremely passionate about various sports is akin to telling the obvious. Nigeria’s sports betting industry alone is not only witnessing astronomical boom, it is consistently attracting new entrants.

“The country has over 200 million people, supplying the population to feed the betting companies. Nigerians are passionate about their sports; especially football, and this has extended into their love for sports betting,” notes an article published in businessday.ng. Another report credited to the News Agency of Nigeria, NAN, and published in www.businesswire.com, perfectly put it, “roughly 60 million Nigerians between the ages of 18 and 40 are involved in active sports betting. Almost N2 billion is spent on sports betting daily in Nigeria which translates to nearly N730 billion in a year.”

Football, as rightly observed, has been the most popular and active sport in the country. But, gone are the days when Nigerian football enthusiasts were obsessed with activities in domestic football clubs or deeply concerned about performance of local talents therein. “UEFA Champions League and English Premier League are the most followed and viewed leagues in Nigeria…Nigeria’s Professional Football League (NPFL) placed sixth, averaging 35.8% and Seria A placed seventh, averaging 35%,” claim some respondents drawn from Lagos, Abuja, Kano and Rivers State, in a report published in cheeronnigeria.blogspot.com. Another report in m.guardian.ng adds, “the ecstatic chant of ‘Flaming’-the nickname of the boisterous Lagos City team, Stationery Stores of Lagos-gave way to ‘Up Blues’, Barca forever in honour of Chelsea of England and FC Barcelona of Spain.” Another report in www.theafricareport.com, continues, “…the fans of…Rangers in Nigeria now put on Manchester United, Chelsea, Arsenal and Liverpool shirts and debate the league fortunes of these clubs rather than their own local giants.”

Not surprising, some Nigerian footballers have been actively plying their trade in some of the top-flight overseas football leagues.  Available reports, however, indicate that their foreign counterparts have been the ones stealing the hearts of Nigerians. Cristiano Ronaldo, Portuguese captain, known for his electrifying performance on the pitch, presently, boasts of appreciable cult-following across the country. “Ronaldo is now a cult hero among young talents and they will strive to emulate his style,” Wale Amos, a computer analyst, confirms, in thenationonlineng.net. The Juventus super-star is equally nicknamed Ororo which means groundnut oil, in Yoruba language.  “We call him Ororo because he is slippery and fluid in the field. It is difficult to hold him as he is everywhere,” Gbenga Ashiru, a student, reportedly explains. David Adeleke, Nigerian hip-hop star, popularly called Davido, also proudly admits, in www.goal.com, “I’m a massive fan of Ronaldo…” Davido is said to be Ronaldo’s 376th follower on Instagram.

Back home, Super Falcons, the nation’s premium female football team, though still tops the rating log in Africa, reportedly, remained stagnant, 38th on FIFA rankings. Their male counterpart, Super Eagles, on the other hand, is likely to drop in the same FIFA ratings due to their losses in recent international friendlies. Then, at this time, when Nigeria is over-relying on her foreign-based players in executing global football competitions, emerging signals indicate that all might not be well with the same stars. The market values of the likes of Victor Osimhen, Alex Iwobi, Samuel Chukwueze, Samuel Kalu and Henry Onyekuru is said to have significantly dropped. “…Osimhen, who joined Napoli for £81.3m, saw his valuation drop (by 38.5 per cent) to £50m…Iwobi, who will be in his third season at Everton, also saw his valuation drop by 31.25 per cent from £32m to £22m…Villareal midfielder, Chukwueze’s market value also dropped by 33.33 per cent from £30m to £20m, while Kalu’s valuation is now at £7m from £10m-a reduction of 30 per cent-Onyekuru, who spent the final part of last season at Galatasaray, also saw his value crash down by 46.15 per cent (£13m to £7m),” stress a report in punchng.com. For Ahmed Musa, considered as one of the pillars of the current national team, a recent report in www.brila.net, notes “he is Nigeria’s leading scorer in the history of FIFA senior world cup but recently; it is visible to even the blind that his career with the Super Eagles has fallen into sharp decline.”

The disturbing trend, some trusted experts strongly agreed, goes beyond putting the blame on the quality and experience of Nigerian players, home or foreign-based. In their estimation, from inception, it has not been well with the entire process of managing and promoting football in the country. “For many years, the NFF have played lip service to the development of the game right from the grassroots. There has been a proliferation of so-called football academies but even the country’s annual schoolboys’ competition, the Manuwa/Adebajo Cup, has long stopped and age-group competitions are left in the hands of traders,” claims a report in africanfootball.com.  Another report in www.icinigeria.org, perfectly put it “like a bedridden patient whose condition has failed to improve despite a series of interventions from physicians, so is the story of the Nigerian Professional Football League (NPFL). It’s fate is uncertain; the present state is abject and its future looks bleak.”

The good news, however, is that in the midst of the alarming challenges stifling the development and growth of football in Nigeria, the game, besides its thrilling actions and economic gains, still remains a very powerful tool in igniting and strengthening unity and patriotism in the country. Recall the mood of the country, before and after Ahmed Musa, scored the two goals that saw Nigeria trouncing Iceland during the last World Cup at Russia. The same unifying scenario clearly played out in most homes when the country lost the semi-final ticket to Algeria during the last African Cup of Nations in Egypt. A recent report in www.channelstv.com captures the reactions of some eminent Nigerians. “Fantastic result. But there’s a lot of work. Let’s not forget that. Well done boys! You’ve made your nation and Africa proud.-Bello El-Rufai (@B_ELRUFAI), June 22, 2018. “Congratulations@NGSuperEagles. Indeed, a delightful evening of quality football. When we stand united, victory is assured…”Atiku Abubakar (@atiku), June 22, 2018. “Ahmed Musa once again proved that talents abound in all parts of Nigeria and that no part of Nigeria will lose out if we restructure and replace ethnicity with merit. If not for this Northerner, Nigeria would have had little hope in this #RussiaWorldCup2018. All Nigerians matter” -Reno Omokri (@renoomokri), June 22, 2018.

So, how can Nigeria urgently address the unexhausted factors militating against the development and growth of her football? This piece, certainly, will not proffer all the desired solutions. However, it will be greatly rewarding, if concerned managers of football in Nigeria stop reflecting and dwelling on the teething challenges bedeviling the game. They must, truly, start thinking about how to get it right such as under-studying how some countries re-crafted the bigger picture for their national teams. England is already putting measures in place to get over her defeat at Euro 2020. “The future is undoubtedly bright for England despite their Euro 2020 final heartbreak at the hands of Italy, with a bright group of young talents desperate to break through the system and work their way into the senior team,” notes another report in www.dailymail.co.uk.  After Euro 2000, “Germany’s…disastrous group-stage departure, featuring a rare defeat to England, prompted a thorough review of their football philosophy. It was a rebirth that would yield a World Cup victory 14 years later…,” notes a report in edition.cnn.com. Belgium embarked on the same rebranding journey and succeeded in producing world-class talents. “A core group of Belgium’s current squad is highly experienced; nine of them have played 80 or more games for their country, four have earned more than 100 caps and two-Lukaku and De Bruyne are among the top most valuable players in the world,” adds the same report in edition.cnn.com.

It is also not in doubt that as long as the near-perfect football leagues like the ones in Europe remain very lucrative; they will keep attracting super-stars that will continue to display electrifying styles needed by football enthusiasts. “…most fans are interested in high-quality entertainment and thus gravitate towards large leagues of Europe, the World Cup or the UEFA Champions League,” admits a report in www.footballbenchmark.com. The appreciable presence of fans means that such leagues will continue to create huge valuable sponsorship opportunities for brands, looking to increase their reach far beyond football pitch as well as pull appreciable returns on investment. Nigeria, however, can appreciably cut down the popularity of foreign football leagues in the country by recruiting great thinkers to develop home-grown solutions rather than just blindly following what is obtained from the rest of the world. Ex-Governor Orji Uzor Kalu’s persistent investment in Enyimba FC, not only attracted prominent talents to the club, the latter was boasting of players that were creating memorable experiences and inspiring the next generations of footballers. “Enyimba had the benefit of a benefactor, the football-crazy former Abia State Governor, Orji Uzor Kalu, who ceaseless investment led the club to acquire and stockpile the very best legs on the local scene…Those wins gave Enyimba a name and a reputation, not just in Africa, but all over the world,” notes a report in m.guardian.ng. “People feared us. We had the best players in the country, the best youngsters, severe coaches. Take Kadiri Ikhana for instance. He worked like Jose Mourinho, he had his own football concepts and wanted us to walk, not talk. We need such a leader and it worked,” Vincent Enyeama, former Enyimba FC’s goal-keeper, reportedly adds.