Nigeria score historic upset over US in Olympic exhibition
Advertisement 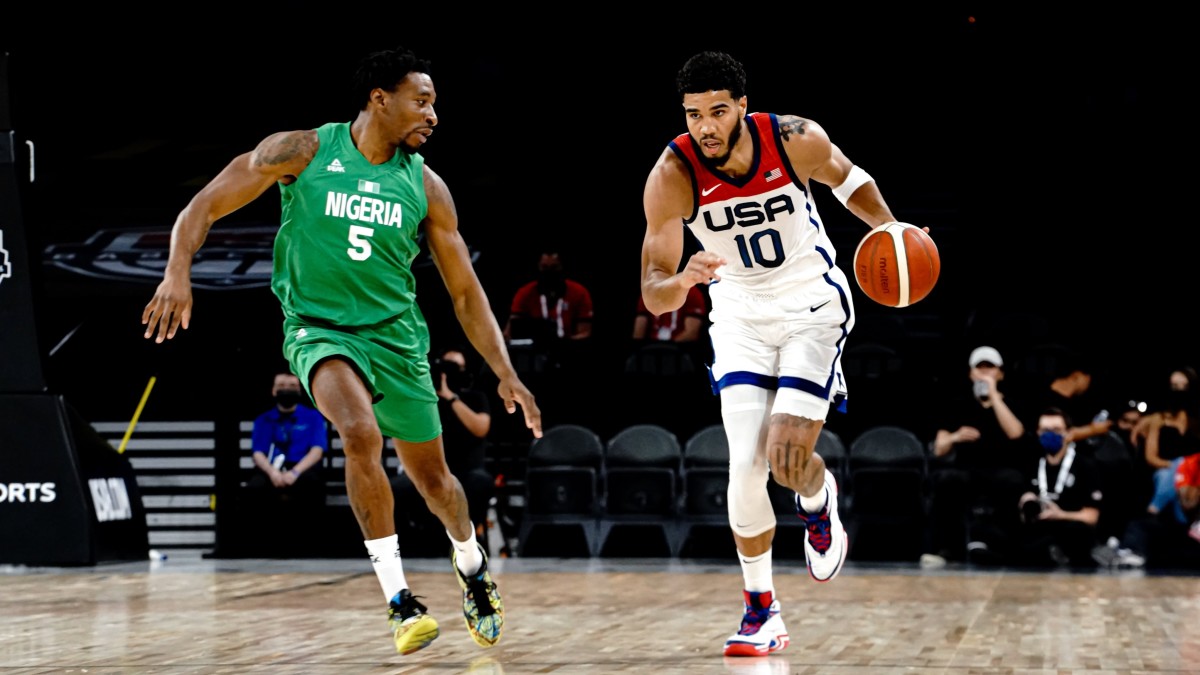 The United States men’s basketball team was upset by Nigeria on Saturday evening (July 10) in its first exhibition game ahead of the Tokyo Olympics, a stunning outcome even if the effects are more symbolic than likely to affect the United States’ eventual gold medal hopes.

Nigeria defeated a Team USA roster stacked with All-National Basketball Association (NBA) players, 90-87, at Mandalay Bay Arena in Las Vegas. It was the first win by an African team over the US men’s national team.

The loss drops the Americans’ record to 54-3 in exhibition games held since 1992, when NBA players were first allowed to play in the Olympics. The team had not lost an exhibition game since 2019, a 98-94 upset by Australia ahead of the FIBA World Cup.

The trio was held to 9 of 30 shooting from the field, and their teammates looked out of sync. Star players including LeBron James and Stephen Curry had dropped out of consideration for the Olympics, but the roster is still stacked with players who are expected to win gold in Tokyo.

Nigeria’s roster includes a handful of NBA players, including Chimezie Metu of the Sacramento Kings, Josh Okogie of the Minnesota Timberwolves and Miye Oni of the Utah Jazz. The team is coached by Mike Brown, a Golden State Warriors assistant.

Nigeria converted nearly half of its 40 3-point attempts against their rivals.

Ike Iroegbu, who played at Washington State, made a three-pointer with just over a minute left and pushed Nigeria to an 88-80 lead. Durant responded with seven straight points. The Miami Heat’s Gabe Vincent, who scored a game-high 21 points, sank two free throws with 13.2 seconds left, helping cement the upset as Team USA failed to execute a play out of a timeout called in the game’s final seconds.

“That loss means nothing if we don’t learn from it, but it can be the most important thing in this tournament for us to learn lessons from it,” US coach Gregg Popovich told reporters afterwards.

Milwaukee’s Jrue Holiday and Khris Middleton and Phoenix’s Devin Booker are set to join the roster for the three-time defending gold medal-winning US at the conclusion of the NBA Finals.