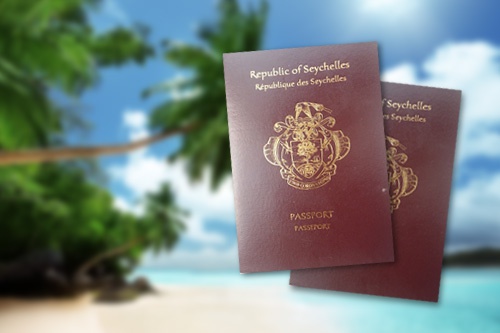 Seychelles has became African’s Most Powerful Passport holder followed by Mauritius, clinching the 29th position on the World’s most powerful passports in 2023.

BrandNewsDay reports that International Air Transport Association (IATA) the Henley Passport Index’s data has revealed that Japan is the world’s most powerful passport while Seychelles claimed African’s Most Powerful Passport holder  in 2023.

RECOMMENDED: These Are The Best Country Passports For Travelers To Hold In 2023

The world’s most powerful passports in 2023 Q1: based on data provided by the IATA, the Henley Passport Index, by the London-based global citizenship and residence advisory firm Henley & Partners, which has been regularly monitoring the world’s most travel-friendly passports since 2006.

How this index works: The index ranks according to the number of destinations their holders can access without a prior visa.

For the fifth consecutive year, Japan wears the crown of the Henley Passport Index number one spot with its citizens now able to visit an incredible 193 countries out of 227 destinations of the world visa-free. Japan is just ahead of Singapore and SouthKorea whose citizens can visit 192 countries without prior visa.

African’s Most Powerful Passport holder: Seychelles is sitting on the 29th position in the World’s most powerful passports as it doubled as the highest-ranked African country on the global list, with visa-free access to 153 countries.

The African country is seconded by Mauritius as African second most powerful passport holder without visa with access to 146 countries without visa, bagged the 34 position in the global level.

South Africa is sitting on the third position in Africa ranking as it ranked 53 globally and has access to 106 countries.

Meanwhile, Somalia sits at the bottom of the index for African countries and can only access 35 countries without requiring a visa in advance.

In a similar vein, Afghan nationals sit at the bottom of the world index once again and can access just 27 countries without requiring a visa in advance.