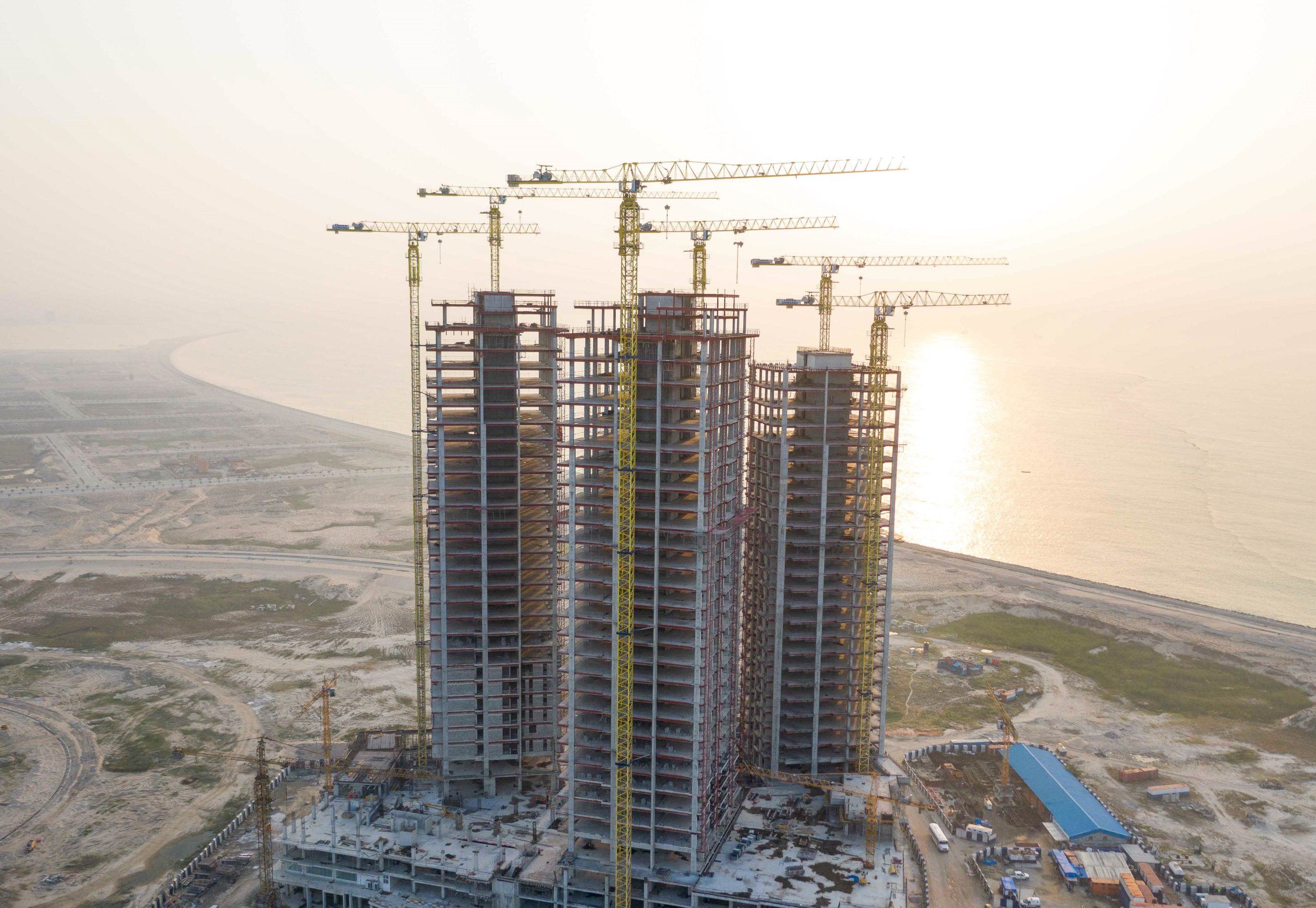 The AZURI TOWERS is a new mixed-use development situated in the Marina District composed of luxury residences, offices, and retail at Eko Atlantic City Lagos.

Eko Atlantic is a new coastal city being built on Victoria Island adjacent to Lagos, Nigeria, to solve the chronic shortage of real estate in the world’s fastest-growing megacity. It is a focal point for investors capitalising on rich development growth based on massive demand – and a gateway to emerging markets of the continent.

AZURI ONE sits at a unique advantage, designed to overlook three bodies of water; bound on either side by the Atlantic Ocean, Tarkwa Bay and the heart of the Marina. With spectacular panoramic views, crowned by her magnificent Villa, Azuri One lives up to its aim of “World Class Luxury Lifestyle”. 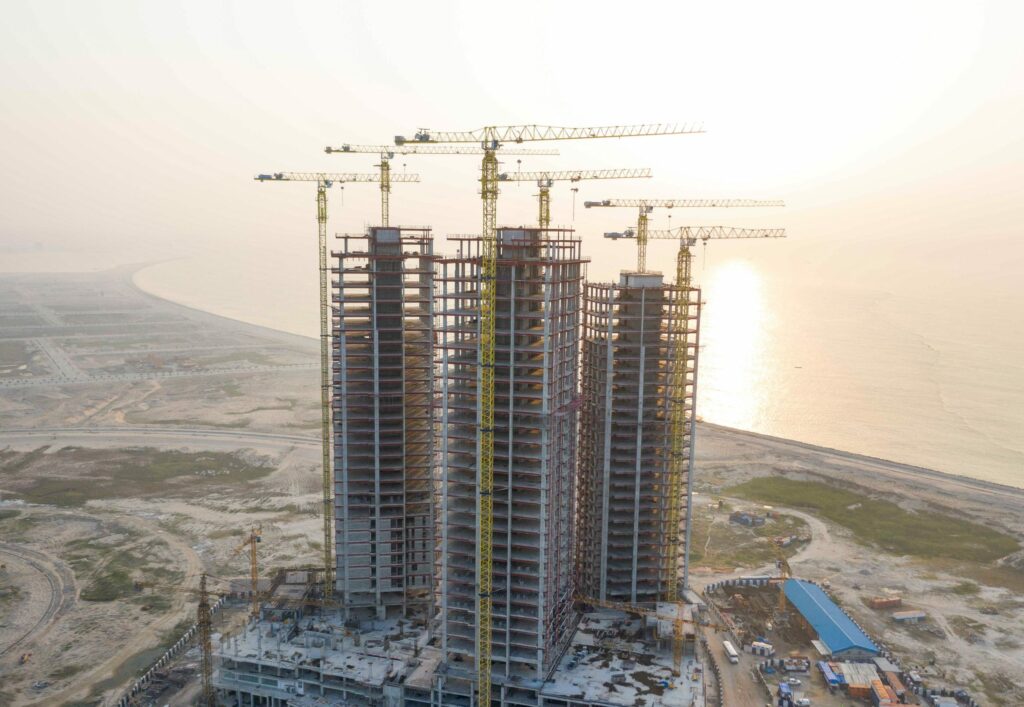 AZURI TWO reflects the elegant lifestyle that the development offers in the charming Marina District of the new Eko Atlantic City.

A hidden gem, nestled between its sister towers, AZURI TWO’s demure character is evidenced in its architecture which celebrates its position overlooking a delightfully secluded garden-piazza with stunning marina views.