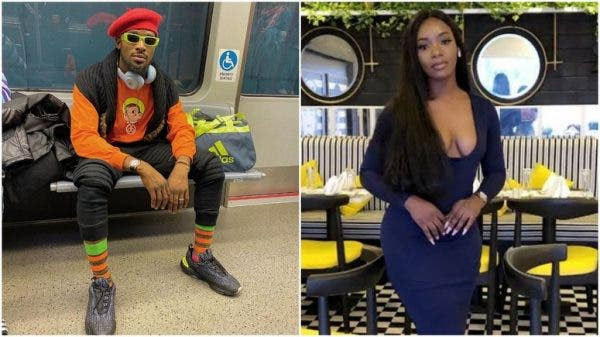 Frank Amudo, the former manager to the embattled Nigerian singer, Oladapo Daniel Oyebanjo popularly known as D’banj, has spoken over the rape allegation against D’banj by Seyitan Babatayo.

Brandnewsday gathers that Frank who broke silence over D’banj and Seyitan rape saga has disclosed that he got to know about the trending rape issue when he was in Ghana with the singer.

According to him, I got hold of the viral report when I was in Ghana with D’banj for an event.

The ex-manager said that Seyitan called him on phone to tell him about the incident, saying the matter was later died down after she was given an amount.

Frank revealed that one of the crew members told him they gave Seyitan a $100 at the scene to quiet her, and the issue had been resolved.

In an interview with GoldMyne TV, Frank disclosed that Dbanj’s wife was with them in Ghana when he received the report on the rape allegation, and he never discussed the issue with the singer.

Recall that the Koko master Crooner was alleged to have raped Seyitan in 2018 at an event held in Lagos. two years after, this has taken a new turn as Seyitan claimed that D’banj had carnal knowledge with her. This happened two days after the singer hit a mouth-watery deal with Heritage Bank as an ambassador.

Meanwhile, Kemi Olunloyo had stated that Frank Amudo set the girl up with the singer, with the alleged plan to extort him over his new endorsement deal with Heritage Bank.

In her claim, Olunloyo said: @seyitannn_ you are a LIAR young lady! I don’t represent @iamdbanj nor take sides. I defend media freedom and in my opinion, you should confess because you have DEFAMED the musician and his family. I will now expose the facts on #Kemitalksrape YOU make it hard for victims.

@seyitannn_you did NOT tweet these allegations. Your friend who tweeted them for you on instructions of Frank Amudo, DBanj’s FIRED mgr. She contacted me. This is extremely fraudulent as you presented yourself as a RAPE VICTIM. @PoliceNGtake note. Those tweets now deleted!

@seyitannn_Just like @timidakoloyou used useless INNUENDOS to get the attention of an alleged rapist. Your tweet handler now ex pal turned the handle into a charade. You gave sympathizers the impression that DBanj’s team “hijacked” your handle. No evidence from @TwitterSupport.