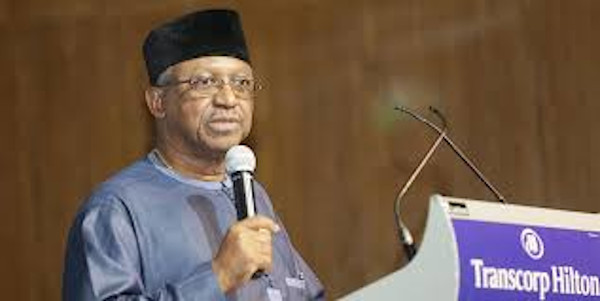 The Nigerian Senate has postponed the revision of the 2020 budget, Tuesday due to an N186 billion shortfall in the proposal for the health intervention fund.

Brandnewsday learned that the federal government had requested the N500 billion health intervention fund to tackle COVID-19 in Nigeria.

The chairman, Senate appropriation committee, Barau Jibrin, who was to lay the committee’s report on the table on Tuesday, said only N314 billion was proposed in the document sent by the budget office.

Jibrin said the finance minister, Zainab Ahmed, failed to send a letter to address the discrepancy even after she was informed about it “to redeem this obvious error.”

“We sat with the Budget Office (where they said) they thought that since that full amount was captured in the MTEF, there was no need for it to be captured in the full budget. We said no, that will be against section 80 and 81 of the Constitution.”

He added that the minister was asked to address a letter to the committee but had not as of Monday.

“So we are giving them today. If they don’t bring the letter, we will not have any option but to present the bill as given to us and if they have made up their mind, they can bring a supplementary budget later.”

Ruling on the issue, Senate President Ahmad Lawan directed the committee to ensure that it receives the letter from the finance minister and prepare the necessary documents for their consideration on Thursday.

“I will advise those responsible for putting the budget estimates or revised or whatever to be meticulous and to be responsible. The National Assembly cannot be a destination where a lack of efficiency in somebody’s job will be addressed. We are supposed to have the entire bill presented to us,” he said.