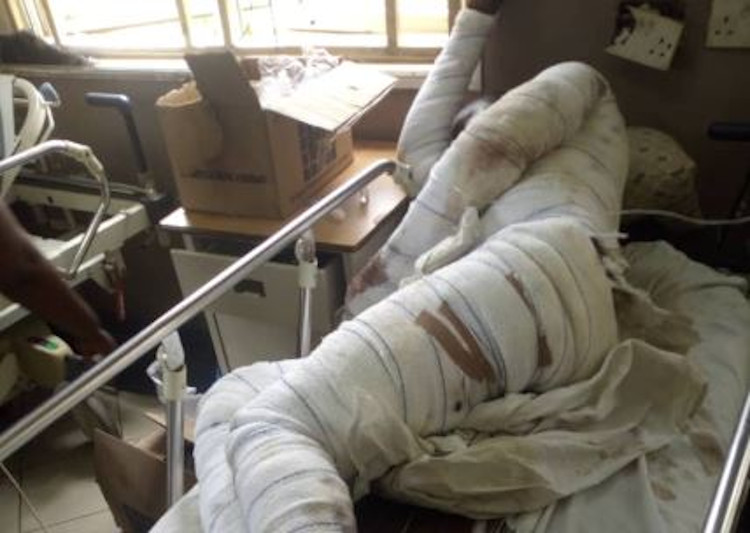 A COVID-19 patient has put the lives of several medical personnel at the Gbagada General Hospital at risk of the deadly coronavirus disease.

Brandnewsday gathered that a male patient who was admitted at the casualty ward of the popular Lagos State General Hospital was tested positive to COVID-19 after six days of his admission.

According to Jameela News, sources at the hospital confirmed a male patient whose name was undisclosed was admitted into the casualty ward of the hospital on Friday, May 29 and tested positive for the virus on Tuesday, June 2nd.

Meanwhile, after the COVID-19 patient was tested positive to COVID-19, he was moved out from the casualty unit to the isolation centre in the same hospital. The indexed case aside from putting health workers at risk of the novel virus he also endangered the lives of other patients on admission at the Casualty ward.

Sources revealed that the Management of the Gbagada General Hospital had not made any provisions of quarantine for the health workers who attended to the COVID-19 patient while he was at the casualty unit, at the time of filing this report.

In an effort to save the other patients, the management ordered the moving of patients in the casualty ward to an empty room inside the hospital, though it is not an isolation ward.

Another source revealed that the casualty unit has been shut down. But all the health workers who attended to the infected patient and the other health workers they have come in contact with are now at risk of the deadly virus.

“The multiplier effect is unimaginable and to make matters worse, the poor staff who came in contact with the COVID-19 patient are worried for obvious reasons,” a doctor told our source.

In a similar vein, unconfirmed reports among other health workers in the hospital indicated that a pharmacist tested positive to the virus.