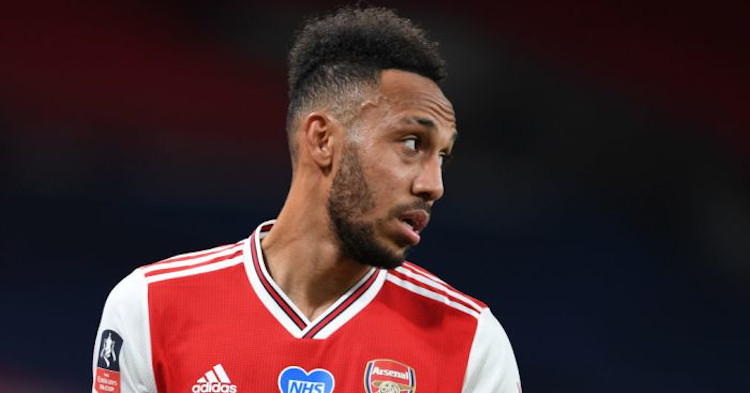 Arsenal are ready to let go their top striker, Pierre-Emerick Aubameyang this summer and have placed a £30million tag on the Gabon international, according to the UK Sun.

Arsenal Star player Aubameyang has 14 months left before his current deal expires and he is yet to strike any deal over an extension of staying at the Emirate Stadium.

With that, the Gunners are left in a dilemma over the decision to take on the Gabon international, especially with their current financial status, as not just the London club alone battling with the financial crisis but also other prominent clubs since the outbreak of the deadly coronavirus crisis.

Meanwhile, Aubameyang would usually be worth around £55m-£60m on the market if he was not close to the end of his contract.

However, with clubs unlikely to sanction big-money moves, Arsenal will accept bids of around £30m.

Arsenal’s preference would be to sell to a club abroad instead of to their London rivals.

On 31 January 2018, Aubameyang signed for Premier League club, Arsenal, for a then-club-record fee, reported being £56 million.

On 3 February the same year, Aubameyang made his debut for Arsenal against Everton in the Premier League in a 5–1 home victory, scoring the team’s fourth goal, chipping the ball over a grounded Jordan Pickford.

After missing the Europa League matches against Östersunds FK for the Gunners due to being cup-tied, Aubameyang registered his first away goal for the club in the team’s 2–1 away defeat to Brighton & Hove Albion. Also, the Arsenal Star registered his first assist for the team, setting up Henrikh Mkhitaryan’s goal in a 3–0 win over Watford, Aubameyang also scored the Gunners’ second goal (which was assisted by Mkhitaryan), rounding the goalkeeper.