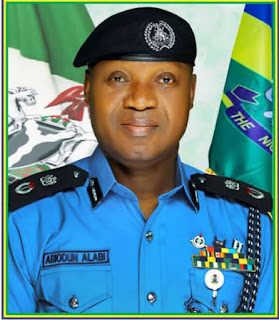 The Commissioner of Police, Lagos State Command, CP Abiodun Alabi, fdc, mnim, psc, has warned purveyors of fake news to desist from spreading misinformation capable of inciting violence in the state as anyone found wanting will be held accountable.

BrandNewsDay understands that the Lagos police gave this warning at a-day symposium organized for broadcast, print and online journalists by the State Police Command on fake news and its implication on security, especially in view of the forthcoming elections.

The Program which was held at the Police Officers’ Mess, Ikeja, Lagos was designed to sensitize journalists and media executives on the consequences of misinformation and disinformation.

Declaring the Symposium open, CP Alabi noted that one fake news could lead to the breakdown of law and order during the 2023 Elections even beyond the shores of the news purveyor. The CP, therefore, urged the media executives to always fact-check information before sharing.

The Independent National Electoral Commission says the spread of fake news and hates speech on social media poses the biggest threat to the 2023 elections.

Journalists across the state converged on the officers’ mess of the police command to be enlightened on the harm of fake news and their role in dispelling it.

The INEC REC urged the pressmen and the public to share only verified information as fake news is usually weaponized by some persons to distract the commission and other critical election stakeholders.

“We need all of you to support us, both the online and mainstream journalists,” he said.

“Nigeria is the only country we have and we need to work together to make sure that Nigeria does not fall and does not fail.

“This is by counter-reporting and dispelling fake news.

“So many insinuations will be ready for such a story, so we need to report stories as they are and ask questions.”

A representative of the Department of State Services at the symposium vowed that the service will go hard on anyone spreading fake news, especially about the coming elections.

Paul Okemien said the secret service will closely monitor the dissemination of fake news and go after the perpetrators.

“We want to emphasize that based on what we have seen so far, the agency will not tolerate and will deal decisively with anybody found to be spreading fake news to cause disharmony or to cause problems in the country.

“You must verify your information before you dish it out to members of the public. Let us all be guided so you don’t fall on the wrong side of the law.”

The convener of the symposium, the Lagos State commissioner of police, Abiodun Alabi described fake news as the new threat to national security.

He said Nigeria needs deliberate action to prevent it from being overrun by persons bent on scuttling the 2023 electoral process.

He also advised journalists to be at the forefront of the fight against fake news.

“This symposium became imperative following the alarming rate at which fake news has become deadly to the point of raising global concern, especially as the elections approach,” he said.

“Electoral disinformation as well as the weaponization of fake news, along with incorrect and inflammatory commentary, pose a threat to national peace, security, and civility,” he added.