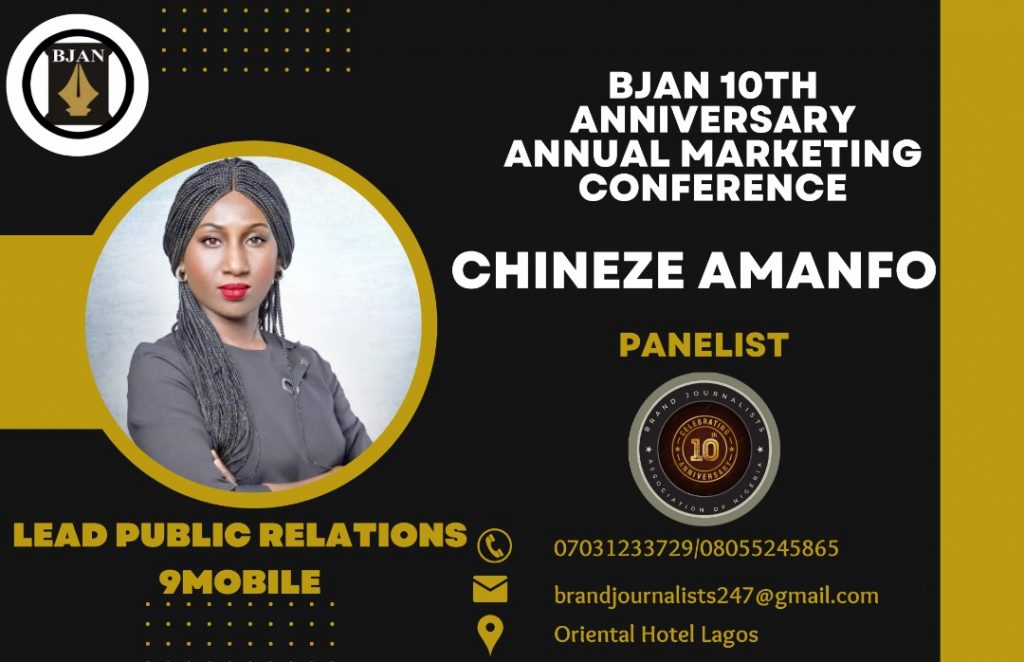 Over 20 top Nigerian brands and seasoned marketing communications professionals will be honoured at the 2022 edition of the Brands and Marketing Conference and Awards.

This year’s event which is the 10th edition is billed for November 25, 2022, at Oriental Hotel Victoria Island, Lagos, with DSTV, CMC Connect, and Noah’s Ark among brands whose efforts are considered to have touched lives in the last ten years to merit the honours.

Nigerian Communications Commission, NCC, is to be awarded Regulator of the Decade, Milo to bag FMCG Brand of the Decade as MediaReach will be named Media Agency of the Decade respectively.

The recognitions, which are aimed at paying tributes to the brands’ resilience in the face of several challenges in the Nigerian economic landscape, were arrived at through a rigorous nomination and scaling exercise.

The BJAN annual conference is a flagship event of the body of brand journalists in which seasoned analysts and informed stakeholders gather to dissect key issues facing the marketing communications industry and Nigeria at large.

LAMPE OMOYELE, Chief Executive Officer, Nitro 121 Limited, is the Keynote Speaker for this year with the theme: BRANDS AND THE ROLE OF TECHNOLOGY IN A DISRUPTIVE ECONOMY.

Experts and brand analysts in focus areas and fields have also been lined up as panellists to discuss issues thrown up during the presentation.

The maiden edition of BJAN’s marketing conference held in Abeokuta back in 2012, themed: “Repositioning Centenary Brands to Align with Modern Realities