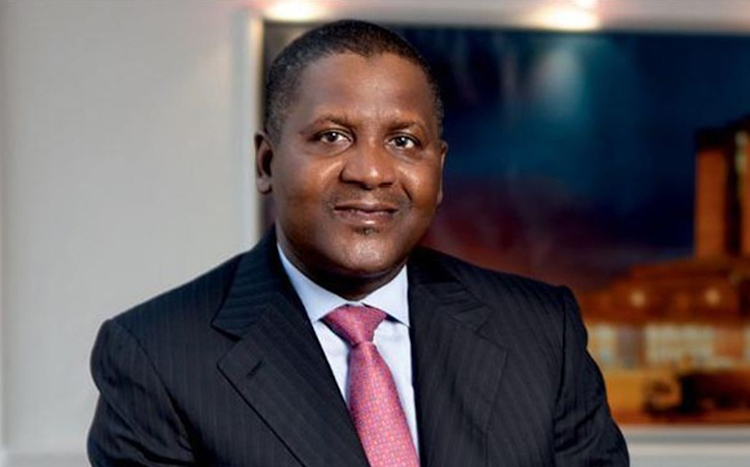 Dangote Group is faced with allegations of sharp practices in business from the Kogi State Government, alongside its counterpart Akwa Ibom State.

BrandNewsDay reports that presently, the Kogi State House of Assembly has ordered a stoppage to the activities of the company in two Local Governments in the State while investigations continue.

In an investigation conducted by our correspondent, Brand News Day Nigeria, it was noted that the allegation against Dangote Group is linked to sharp practices in terms of tax payments.

According to exclusive reports from Kogi State, the initial story was that the Dangote Group Allegedly took over the State Cement Company illegally without paying a dime for the takeover.

According to our findings, Dangote took over the State Cement Company Obajana Cement without paying the necessary compensation to the State government.

This is corroborated by the State Assembly’s findings. According to some media reports, ‘the parliament stated that all available documents showed that the company started as Obajana Cement Company before turning to Dangote Cement company without any considerations.

It also directed that the documents signed at the establishment of the company and relevant receipts of dues claimed to have been paid to the government be made available at the next adjourned sitting date.

The Speaker of Kogi State House of Assembly, Hon. Matthew Kolawole gave the order after interim reports of the ongoing investigative hearing on Internally Generated Revenue (IGR) which was submitted by the ad hoc committee led by Hon. Isah Tenimu and deliberated upon at the plenary on Wednesday.

Kolawole said this has become imperative in view of the claims and counterclaims between the Chairman of Kogi State Internally Generated Revenue Service (KGIRS) and representatives of Dangote Cement.

The Speaker further directed that the Financial Director of Dangote Cement Company should meet with KGIGRS and the Commissioner for Commerce and Industry to reconcile financial differences.

Earlier, during the investigative hearing, the Commissioner for Commerce and Industry had pointed out that Dangote had not been paying business premises fees since the operation in the state.

Responding, the representative of Dangote, Alhaji Jimoh claimed that on the contrary, Kogi State had a 10 per cent share which could only be claimed if the state showed interest, adding that since no interest was shown, the shares had been acquired when Dangote became a conglomerate.

While the Financial Director of Dangote, Segun Oyebanjo, claimed that since 2016, the company has paid in total dues the sum of N14 billion to the coffers of the Kogi State Government through KGIRS with receipts.

But the Chairman of KGIRS said it was not so, adding that the receipts being bandied are not from them.

Oyebanjo stated that it was only in 2021 that some certain taxes were not being paid. But the Kogi problem with Dangote is not limited to this.

In another development, Following the unrestrained environmental degradation in Ankpa and Olamaboro local government areas, the Kogi state House of Assembly on Wednesday, directed the Commissioner of Police and Commandant of the Nigeria Security and Civil Defence Corps (NSCDC) to seal off operations of Dangote Plc in the affected areas of the State. The House gave the order during a public hearing on activities of the Dangote Group in the state, especially on the massive exploitation, environmental degradation and non-compensation to the affected owners of the land and without revenue accruing to the state government.

The Speaker, Kogi state House of Assembly, Mathew Kolawole, charged the NSCDC commandant to ensure immediate implementation pending when the ad hoc committee on revenue clarifies some grey areas. Kolawole, who lamented the environmental degradation caused by mining activities on Kogi by the Dangote group and its subsidiaries, accused the multi-national business concern of making billions in the state but yet fails to give back to it.

Akwa Ibom is also finding it difficult to collect its entitlement from the Dangote Group. According to reports from the place, the Itu Local Government blocked Dangote premises with their trucks because the company has refused to pay tax for more than two years despite pleas and a series of warnings.