CBN To Sell Polaris Bank For N40 Billion To IBB’s In-law, After Redeeming It With N1.2 Trillion
Advertisement 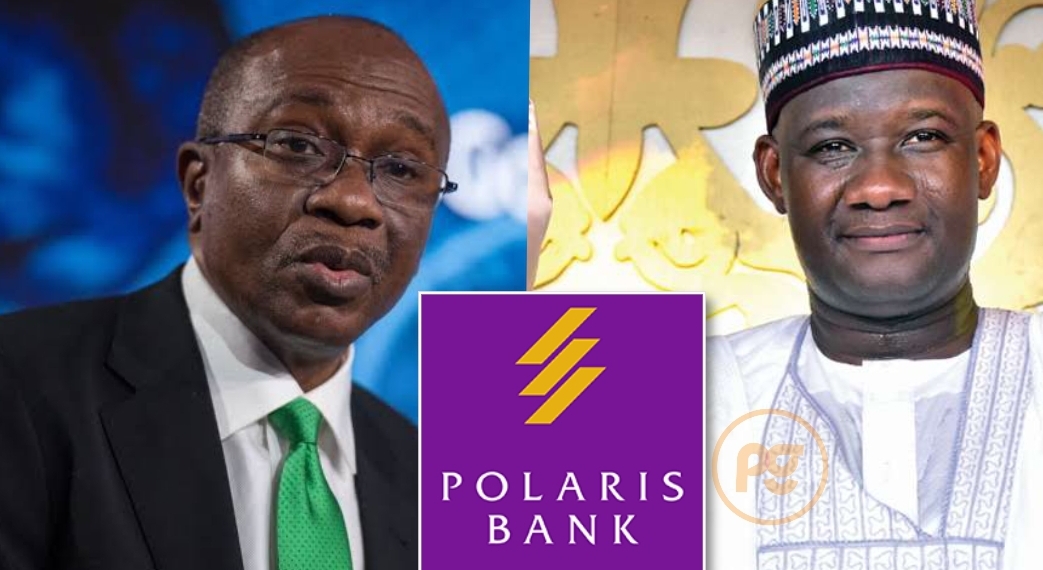 CBN To Sell Polaris Bank For N40 Billion To Auwal Gombe, IBB’s in-law, after rescuing it with N1.2 trillion, details can be accessed below.

BrandNewsDay reports that the Central Bank of Nigeria (CBN) is proceeding secretly but firmly to sell Polaris Bank Ltd to an obscure businessman for roughly N40 billion, according to multiple sources familiar with the ongoing talks. The transaction, if it goes through, would amount to a paltry three percent of up to N1.2 trillion taxpayers’ funds poured into the lending house since its 2018 nationalization.

As it stands, the issue over the deal was questions of whether or not the bank should be sold to Auwal Lawan Abdullahi, a son-in-law to Ibrahim Babangida who holds the Sarkin Sudan Gombe traditional title from the northeastern state, despite his limited credentials in banking and finance.

Mr. Abdullahi was described as a commercial farmer in Gombe, but his public profile appeared scanty away from his flamboyant 2017 marriage to Halimat, the second daughter and last child of General Ibrahim. Babangida headed a dreadful military junta that ruled Nigeria from 1985 to 1993.

Insiders also argued Mr. Emefiele and others scheming to close the deal in a hurry for N40 billion could squeeze more for Nigerians by listing the bank for sale publicly rather than the prevailing opaque moves that would all but benefit only those modifying the backroom negotiations.

Bad bank buyer AMCON has legal obligations to list the bank for sale publicly, but its directors told The Gazette they have limited say in the talks and that the corporation’s MD, Ahmed Kuru, may be tagging along with the CBN.

“The governor handicapped us,” an AMCON top chief told The Gazette under anonymity to avoid being victimized for speaking to journalists without institutional approval. “We saw that the governor has a deep interest in the sale and everyone fell in line.”

Polaris Bank was nationalized in September 2018 after AMCON bought its debts. It was known as Skye Bank until the takeover. But AMCON has not been able to sell the bank to investors since the takeover, which was precipitated at the time by the financial crisis, and recession, of 2016 and 2017.

Four years on, and as the Buhari administration marches out with Mr . Emefiele more likely than not to go with it, desperation to sell Polaris was writ large in recent weeks, people familiar with the matter said, and President Muhammadu Buhari has reportedly taken sides with the CBN leadership and other wheeler-dealers involved.

“Emefiele and others convinced the president to approve the sale and they’re now moving to crush anyone standing in the way,” a source briefed on the matter said. “They don’t seem to care that they could do more than sell the bank for more than the roughly N40 billion offer they currently have from their secret talks.”

The sale could see Nigerian taxpayers lose around 97 percent of state investment in Polaris. As of December 2020, AMCON’s investment in the bank stood at N848 billion, per company filings, with insiders saying an additional N350 billion was poured in between January 2021 and July 2022.

“The loss is too much,” a source said. “They should have allowed the bank to fail, but they plunged more Nigerians into poverty instead by investing public funds into a bottomless pit.”

A spokesman for Polaris directed all enquiries to CBN, saying the bank’s management had nothing to do with the sale. A spokesman for CBN did not return multiple attempts to obtain comments on the matter. Edward Adamu, head of AMCON who also serves as one of Mr Emefiele’s deputy governors at CBN, also did not return requests seeking comments about the deal.

Polaris is the latest AMCON adventure that may prove loss-making since its involvement in three other failed banks in the 2010s — Mainstreet Bank, Keystone Bank and Enterprise Bank. The federal asset management agency was established in 2010 to absorb bad bank loans following the 2008 global financial crisis.

But AMCON’s performance should not be gauged solely on how much it spends saving a commercial investment, said economist Edward Omosewe.