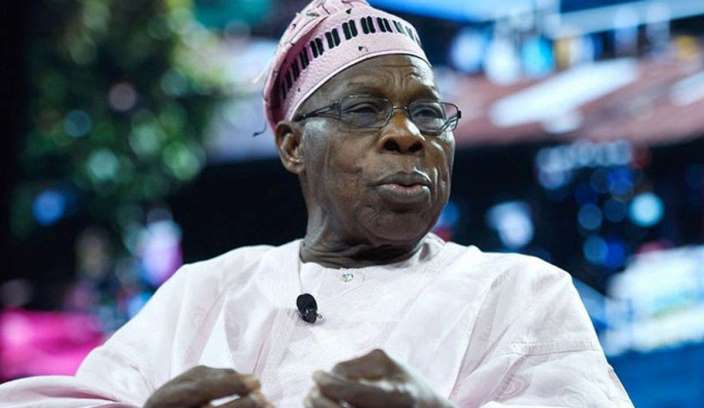 Olusegun Obasanjo, a former president, admitted making two mistakes on Saturday, one of which was selecting his “number two” candidate before the 1999 presidential election.

BrandNewsDay Nigeria reports that former President Obasanjo stated it was a mistake he committed in good faith for picking Atiku Abubakar as his Vice President but was saved by God.

When informed that the late Head of State, Sani Abacha, wanted to arrest him, Obasanjo stated the second error was his refusal to accept asylum, which he said may have killed him.

Abubakar, the Peoples Democratic Party’s nominee for president in the 2023 elections, served as Obasanjo’s vice president when he was legitimately elected president in 1999.

Obasanjo stated it was a mistake he committed in good faith but was saved by God. He made this comment without mentioning Atiku.

The former president spoke about his life and achievements both as a military Head of State and as a civilian President.

In response to queries from students from a select group of secondary schools that had entered the National Exhibition and Awards competition run by Students for the Advancement of Global Entrepreneurship, Obasanjo made this statement.

The event featured presentations and exhibitions of certain goods developed by students of the participating schools, and it was hosted at the Olusegun Obasanjo Presidential Library in Abeokuta, Ogun State.

The former president, while interacting with the students during a questions and answers session, said he had many mistakes, which he could describe as genuine mistakes in his life but God made him overcome them.

He said, “One of the mistakes I made was picking my number two when I wanted to become the President. But because it was a genuine mistake, God saved me.

“I will say there are many things that could have been a mistake but God saved me from them all.”

While speaking on opportunities for the youths to take over the mantle of leadership in the country, Obasanjo said youths can never come into power, if the current trend continues.

He said with the “Not Too Young to Run campaign, and you can see that those that are contesting now are between 70 and 80 years old, how can the youths run?”

He added, “Another thing inhibiting youth from running is the amount of money involved in going into politics. I hope that things should not continue like this.

“I was 39 years old when I became the Military Head of State. Twenty years later, I came back as civilian president, but those there now do not want to allow the youths. If things continue like this, I do not know how you can come in.”

The former president also tutored the students that they should imbibe religious tolerance.

He advised them not to see their own religion as superior to that of another person.

Obasanjo said, “I have no right to say what another man believes in is inferior to mine. If God had wanted all of us to be of the same religion, he would have made it so, and since He did not make it so, no person should attempt to make it so.

“If this is the basis of religion, it is doing the right thing for the benefit of mankind, you don’t have to condemn any person because of what he believes.

Welcoming participants at the event, the Chairman of SAGE Nigeria, Agwu Amogu, said the programme was to celebrate the creative energies and commitments of teen entrepreneurs who see the challenges in the communities as their responsibilities.

He said, “SAGE is an acronym for Students for the Advancement of Global Entrepreneurship. It is an international programme initiated at the California State University-Chico USA in 2002 and is currently operates in over 32 countries across all the continents of the world.

“It offers secondary school-age young people a hands-on learning process on how to create wealth, help others and their communities.”

Amigu said since the introduction of the program in Nigeria in 2006, it has shown that it is a potent strategy and model for educational reform, youth re-orientation, job creation and poverty alleviation and multi-cultural integration

According to him, Nigeria urgently needs a new paradigm for education.

“The new paradigm must provide students with a chance to learn while solving community problems and immediately applying what they have learnt in the classroom by actually doing something great.

“We now live in a world where any country can compete effectively with others based on the creative imagination of its human capital. There is no better place to stoke the fire of imagination than in the young people. And that is where SAGE comes in.

“SAGE is about creating value. Students are encouraged to create something of value in their communities by applying what they learn in the classroom and testing it in the ultimate laboratory – the free market,” he said.

Amogu added, “We firmly believe that Nigeria can be a world leader in providing potent human capital to the rest of the world; setting a benchmark for other countries to follow.

“Having won the SAGE World Competition 8 times in the last 12 years, I have no doubt in my mind that Nigerian young people are one of the most energetic and enterprising in the world and they can quicken our rise to a global superpower status.”

The SAGE chairman said winners of this year’s competition will represent Nigeria in the SAGE World Competition held in the Netherlands in August 2022.