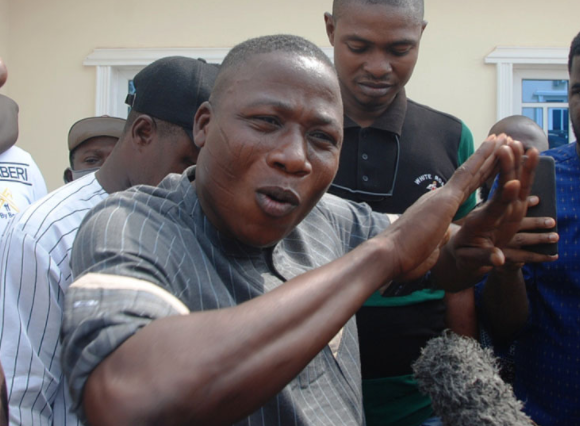 Sunday Adeyemo, a leading proponent of the Yoruba Nation also known as Sunday Igboho, has reiterated that his demand for the establishment of a separate Yoruba nation in Nigeria cannot be changed.

BrandNewsDay Nigeria reports that Igboho made the remarks in a video that was published on Sunday to honour Oba Francis Alao, the Olugbon of Orile Igbon, Ogbomosho, in Oyo State, on his birthday.

Igboho encouraged the Olugbon in the video to talk to other traditional leaders in the South-West about stopping the practice of appointing unfit people to traditional titles.

According to him, “I salute my father, Olugbon, on his birthday celebration today in Oyo State. Kabiyesi, you will live many years on earth in health and peace,” he said in Yoruba.

“Kabiyesi, you will live longer. Please advise these kings that what they have done is not good because when Yoruba people get angry, things will be difficult. Please, use the occasion of your birthday to tell those traditional rulers to stop, it is very bad.”

In Ibadan on Saturday, Kano State Governor Abdullahi Ganduje and his wife Hafsat received decorations designating them as the Aare Fiwajoye and Yeye Aare Fiwajoye of Ibadanland.

Different people had different reactions to the situation, with some criticizing Olubadan’s choice.

He said: “I, Sunday Adeyemo and all those who are following me on the issue of Yoruba Nation, there is no going back for us. There are talks around that we have stopped clamouring for the Yoruba nation that is not true, it is an unconfirmed rumour. We want the Yoruba Nation; we want to be free from slavery because what God has given us on our land is enough to feed us.

“I want the Yoruba monarchs to call a meeting, come together, you can see how our people are being killed everywhere, this is not good. Please come together and support us, may you live long. Yoruba Nation, no going back.”