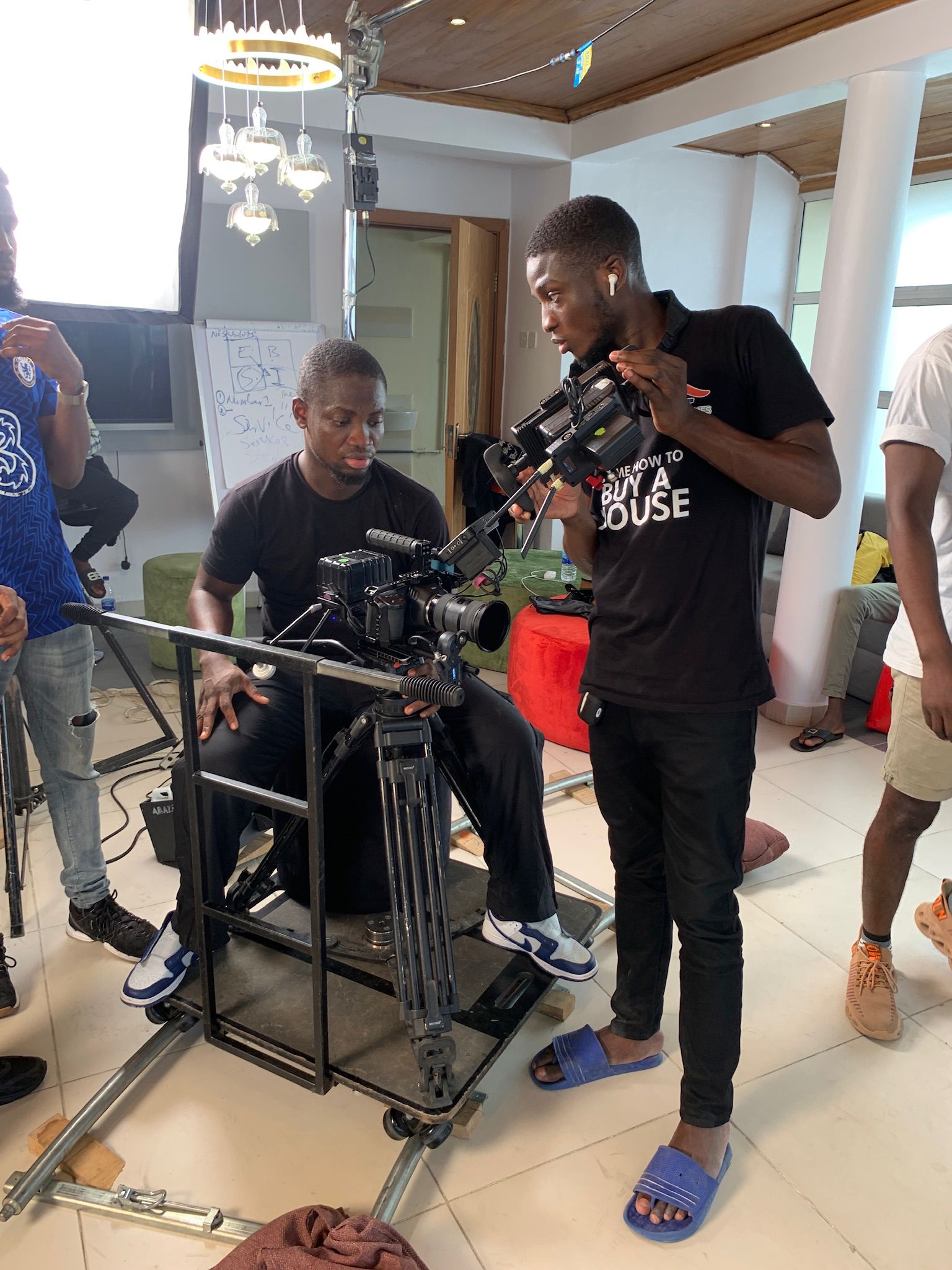 ”You directed the ‘Sacrifice’ commercial that trended, what was it like working with Kanayo .O. Kanayo? Self-Taught Adewoye Olamide Daniel.

Former Mr Universe 2018, Adewoye Olamide Daniel is a filmmaker, creative designer, content developer, journalist and among other entertainment engagements, He’s also the global head of media for Gtext homes, a leading real estate firm in Nigeria. In this interview, he talks about his career in the industry. Among other issues, he talks of his plans for the future, and more.

Adewoye Olamide Daniel: How did you start Filmmaking as a Journalist? 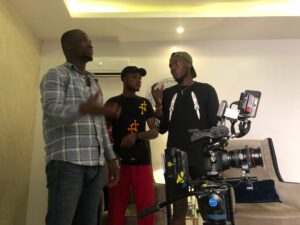 Well, I didn’t start filmmaking or journalism at first, although I had started building the skills, I joined the creative industry as a model and won Mr Universe Africa then transitioned full time Into filmmaking, it started with always wanting to put ideas and scenarios in my head into motion, bringing it to life, being behind the camera.

What inspired you to go into Filmmaking, and how did it all begin?

It’s only in the film you can be God and create your scenarios and outcomes, basically being the author and finisher of the actor’s fate, lol, I like to create my worlds and scenarios that likely won’t be something you see in real life at the same it let you create awareness about important matters and Topics.

Did you actually learn it somewhere or how did you start?

No, I didn’t Intern under anyone as a filmmaker. I am a self-taught filmmaker, most of my learning resources were from the internet, and also did one or two courses in and outside Nigeria to back up my knowledge and craft.

What is your goal in the film industry?

I want a name crested in the hall of fame, but above all, I want to make an impact with my work, influence and change lives positively.

Apart from being the Global Head of Media yourself, you are also a filmmaker, Content developer and Graphic Designer. How do you handle all of these at the same time?

It all flows together, that’s what makes you a manager or supervisor, having an idea of all these things and how they blend into one and work together.

You have continued to remain relevant in GTEXT HOMES. What does it take to accomplish that?

Honestly, Value plus dedication equals relevancy so I think that answers it.

On what platform are you selling yourself?

By selling, I guess you mean promoting, my Instagram page has some of my works and like my portfolio, and my website is coming up soon with all of my works on there.

What are your Hobbies?

I don’t have many friends that really hang around me physically, most of them are creatives and content creators so they are mostly working as well, I watch movies a lot, then music too. I have a very nice set of playlists for different moods so yeah I don’t do much, to be honest.

Since you started Filmmaking, will you say it has given you some financial independence?

Well yes, It has, but in Nigeria, you don’t get rewarded as much as the skill you have.

Like in a month when the business is good, how much do you make?

Depends on your clientele really and the kind of project you do, it’s relative.

Where do you hope to take this Filmmaking venture to?

The plan is to pass on what I know to the coming creatives, I didn’t have it all starting up, and I didn’t have access to major information starting up so I intend to make this easier for those starting up and trying to self learn filmmaking.

What is your plan for growing the brand? 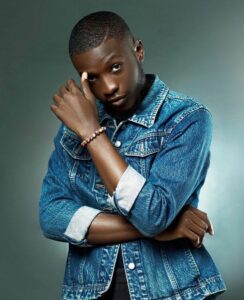 Well, I hope to work with more Major brands and create my own piece of ideas and thoughts.

Like how many people do you have working for you?

I have quite a team of skilled photographers and cinematographers, they are partners really because we mostly collaborate to create, there’s no boss or employee in the creative field in my opinion.

How many films have you produced so far?

Technically none, but I have been part of major Tv shows and commercials, one of them is The Investment chat in a Rolls Royce, I worked on it as a co-producer and Senior editor, and others are coming out soon as well.

What project are you working on currently?

I have a story or should I say a short film I wrote, I’m working on with my team. Production is set to start soon, ceteris paribus.

What would you describe as the best aspect of your career?

The fact that you get to put your own imaginations into writing then onto the screen and people can see and feel your work, sometimes even have a different view and spinoff from what you created.

Would you say you have attained some level of perfection now?

To be honest I am better than what I was yesterday, with filmmaking you can’t always be perfect but you can be the best at what you do, there are new things to learn every day.

Who is/are your role model(s) in the film and entertainment industry and why?

I don’t have a role model, I have pace setters, people that set the pace in terms of their creative prowess and thinking capability, and delivery as well.

What Brands have you worked on? 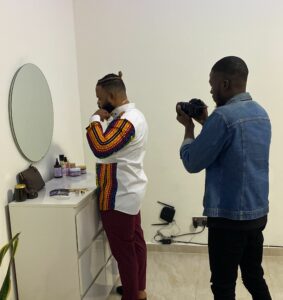 I’ve worked with BBnaija Housemates, Koko by Khloe, Whitemoney, Tega, and Jackie B just to mention a few handled some of their brand ambassadorial commercials, I did Kennyblaq’s UK tour video campaign, Destalker UK tour as well as Seyi law’s recently I got in a fight in UK Tour, Telesoftas, a Lithuania tech company done something for Cantu as well, music videos and Tv shows, the few I can remember, Yes Dunnie too I’ve worked with Dunnie.

You directed the ‘Sacrifice’ commercial that trended, what was it like working with Kanayo .O. Kanayo? 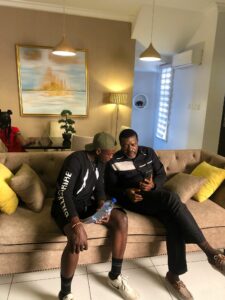 Well It was one of those projects that really tested how far I can stretch and deliver under a short timeline, It wasn’t till after the shoot I realised what I had just done. 😂😂😂 I just directed a commercial and it was a veteran I had on set. He was sceptical when he found out I was the director, but in the end, he wasn’t disappointed I guess.

You have been a filmmaker for years now. How far would you say Nigeria’s film industry has gone?

There has been a major improvement even though Nollywood has shitty movies and films that will make you puke, lol but the most important is we are getting better and we have directors that are changing the narrative.

To what extent do you think the film industry has contributed to the economic growth of Nigeria?

I would say it has contributed more to Nigeria socially than it has financially, considering piracy is still at large in Nigeria.

Do you agree that the government doesn’t patronize the film industry?

Well, they don’t because the people in government don’t care about your film, it takes creative and innovative leaders to know the importance of the film industry, our leaders are not informed even the minister of information is not as well, according to the news.

What do you think the government can do to promote entrepreneurship? 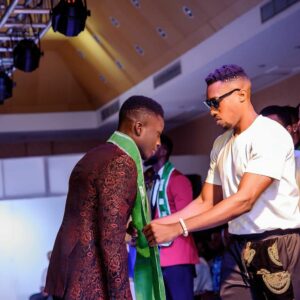 They need to give the space and create more schemes that allow entrepreneurs to have access to platforms that support what they do and collaborate with Industries outside Nigeria as well that can help entrepreneurs and their establishment at the same time make entrepreneur-friendly policies, so you don’t get frustrated as well.

What is your advice to upcoming filmmakers as well as those with acting potential or intentions?

Don’t be about the money first, be about how much knowledge you can acquire, filmmaking is a straightforward craft, you bill what you can deliver, because you can’t cut corners it will always show in your delivery, if you’re an actor as well you need to work on your delivery and be better at it, expression of emotions and be versatile, the internet has made it easy to be detectable you just have to be smart and don’t be desperate.