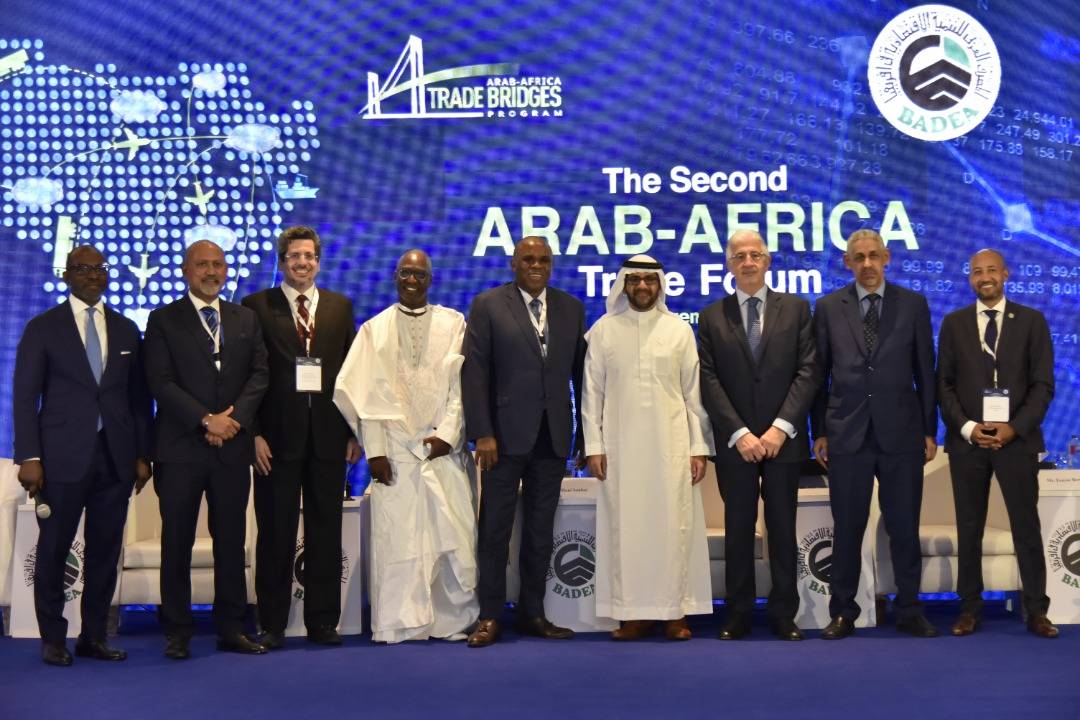 Arab-Africa Trade – When Mansa Musa, the 14th-century ruler of the Mali Empire, made a pilgrimage to Mecca in 1324 he brought with him so much gold that he devalued the price of the precious metal by up to 25%.

Stopping in Cairo along the way, the ruler of the West African kingdom, who is thought to have been one of the richest men that ever lived, is said to have impacted the local economy for the next 12 years due to lavish spending and gift-giving in the ancient city.

Musa’s pilgrimage is just one example of the cultural, religious, and economic ties that have existed between the Arab and African worlds for centuries.

From Sokoto in northern Nigeria to Zanzibar on the coast of Tanzania, it could be argued that the Arab world has had the longest and most sustained influence on the African continent.

These ties have translated into tangible economic and trade links in the modern-day.

In general terms, Arab countries, specifically in the Middle East, import precious metals and foodstuffs from Africa while exporting pharmaceuticals, machinery, and plastics.

A range of public development entities and private Arab companies work across Africa. One of the most well-known is the Dubai-based logistics company, DP World, which is set to invest more than $1bn in three African countries: Senegal, Egypt, and Somaliland.

But relative to the long history of trade and cooperation, the size of Arab-African trade today remains small.

“With total Arab-Africa trade at around $80bn we have a long way to go to catch the opportunities that abound,” says Benedict Oramah, president of the African Export-Import Bank (Afreximbank) at the Second Arab-Africa Trade Forum in Cairo in October.

Catching opportunities
One of the largest opportunities in Africa for Arab investors is light manufacturing, with an estimated $80bn worth of potential on the continent.

“The Arab world can take advantage of the relatively cheaper capital and labor costs in Africa either for the domestic market or for exports,” says Oramah.

The creation of the African Continental Free Trade Area (AfCFTA), which boasts a combined GDP of $3.4trn, should act as a catalyst to encourage Arab companies to manufacture goods that can be sold across the continent.

In 2019, Afreximbank and the International Islamic Trade Finance Corporation (ITFC) launched a $500m facility to fund key sectors and strengthen export value chains to increase trade. The ITFC identified agriculture and SMEs as two key sectors in Africa that could step up links with the Arab world through increased investment.

READ >>  Tiv/Jukun Crisis: What Benue And Taraba States Did To Avert Communal Crisis

The trade finance body, along with its partners, launched the Arab-Africa Trade Bridges (AATB) in 2017 to boost trade between the two regions. The AATB provides a platform that can be used by Arab and African businesses to discover and unlock opportunities in both regions.

Since then, over 1,000 financial stakeholders have taken part in the initiative and the platform has led to more than $150m worth of transactions.

However, despite a range of initiatives and opportunities, there are several bottlenecks that must first be overcome to effectively boost economic cooperation between the two regions.

One of the biggest problems cited by Arab and African traders is the lack of available information on opportunities in different countries. The ITFC says there is a lack of “information on market opportunities, company profiles, and trade laws and regulations”.

To solve this problem, the Arab Bank for Economic Development in Africa (BADEA), which hosted the latest Arab-Africa Trade Forum, created the Arab-African Trade Platform to act as a portal for information. The Khartoum-based development bank hopes that investors will use the platform to discover business opportunities in Africa that may have otherwise been hard to discover.

Another problem is the lack of adequate infrastructure and finance to export products seamlessly between the two regions. Elmuiz Osman, new business development manager at the Dal Group, Sudan’s largest conglomerate, says that African countries are missing a host of opportunities due to the challenges associated with exporting.

For example, Saudi Arabia imports 450,000 tonnes of bananas each year at a total value of $600m. Sudan, which is just across the Red Sea, produces quality bananas but exports none of them to Saudi Arabia, Osman says.

He blames the failure on “logistical issues” and the fact that Sudanese goods struggle to meet international standards. This is a common problem for African goods as it limits the range of available export markets.

Sudan, one of the world’s top producers of peanuts, exports the commodity to more than 30 countries but not to a single Gulf country due to aflatoxin issues, Osman adds.

In 2020, ITFC, Afreximbank, and the African Organisation for Standardisation launched an initiative, under the umbrella of the AATB, to harmonize standards for pharmaceutical and medical devices in Africa.

It is also hoped that the AfCFTA will bring greater standardization of more products across Africa as regulators work to harmonize import requirements, which should help the continent attract foreign investment.

Zul-Kifl Salami, the senior advisor to the president of Benin, says that the standards issue boils down to “what Africa is offering”. To attract Arab investors, Africa must increase the quality of its goods and services, he says.

Randa Filfili, CEO of Senegal-based Zena Exotic Fruits, says that Africa can make global-standard products but foreign buyers will often overlook the opportunities because the goods were made in Africa.

“We have proved that we can make products of quality that are well-made, natural, and good for health,” she says.

Success stories
Saudi Arabia-based Jamjoon Pharma is one example of an Arab company that has taken full advantage of the African market. The multi-billion drug producer and exporter sells pharmaceuticals in more than 30 countries, with most of the sales being made in Africa.

To expand operations on the continent, Hesham Elsayed, director of international markets, says that Jamjoon Pharma will soon build factories in both Algeria and Egypt. The company plans to extend operations to 12 markets, all of them in Africa. South Africa, Angola, and Chad are first on the list.

However, one of the major problems while working across so many markets is hard currency issues and repatriating funds to Saudi Arabia, Elsayed says. One development to help overcome the issue is the creation of Africa’s continent-wide payment system and its potential merger with the Arab equivalent.

The African Union, in partnership with Afreximbank, has created the Pan-African Payments and Settlement System (PAPSS) to reduce costs and speed up payments for intra-African transactions.

This system will be linked to Buna, the cross-border and multi-currency payment system owned by the Arab Monetary Fund, which will allow Arab and African entities to easily move funds around both regions.