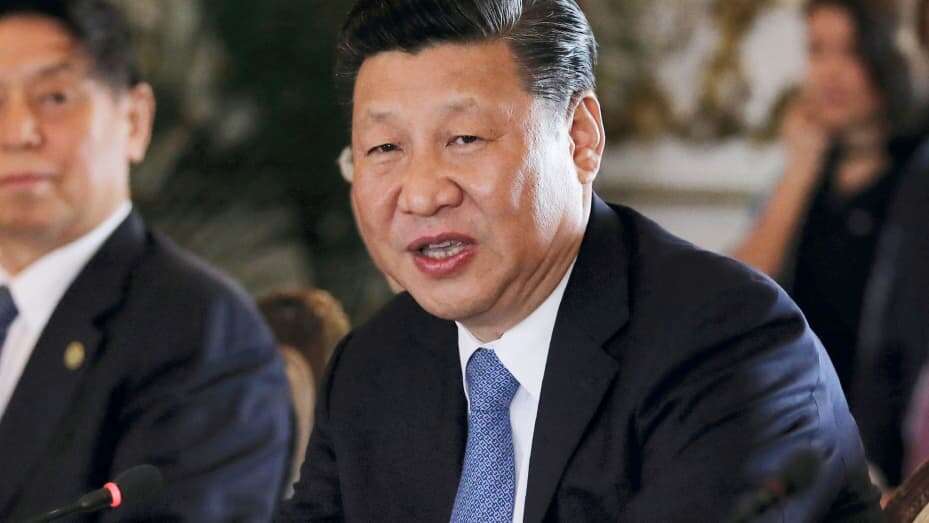 In his new book, China and Africa: The New Era, academic Daniel Large provides a comprehensive and up-to-date guide to contemporary China-Africa relations, demonstrating how politics defines the “new era” of China–Africa, from foreign policy to security, debt, and development.

Relations between the partners have been evolving from a narrow, extractive agenda to a wide-ranging engagement in which China increasingly matters to the continent as a substantial political partner.

Large, an associate professor at Central European University, argues that the relations are increasingly being shaped by the vision of Chinese President Xi Jinping.

“China’s New Era is the era of Xi Jinping,” he writes. “Since taking power as General Secretary of the CCP in November 2012, and becoming state president in March 2013, Xi Jinping has presided over a transformation in China’s domestic and global affairs.”

Rather than keeping relations to strictly economic issues, Large says that “Xi Jinping has sought to redefine China’s Africa relations in his terms, including incorporating Africa more overtly into the CCP’s vision for China’s future centrality in world affairs.”

China’s African state allies are important in China’s foreign policy and global multilateral role at the United Nations, giving Beijing a reliable voting bloc of support on controversial diplomatic issues, even as the New Era has seen the more explicit promotion of the CCP’s “China model” and a more aggressive assertion of its worldview.

“China’s relations with Africa have seen a transformation, having widened, deepened and diversified, since 2006 [the date of the first Forum on China-Africa Co-operation or FOCAC] and are becoming dominated by issues like industrialization or security. Africa is part of China’s global rise, now proceeding in the context of open strategic competition with the US,” argues Large.

The importance of security

That political alliance has also led to an increasing closeness between the partners on security issues. As China seeks to protect its more established interests and Chinese citizens on the continent, security has become an expansive area of engagement.

Xi Jinping termed security a major “pillar” of China–Africa relations in 2015. The challenges Chinese actors have faced have necessitated and enabled a more proactive military role in Africa that, as UN peacekeeping exemplifies, serves China’s multilateral goals as a self-declared responsible power contributing to global peace and security.

The security relationship works both ways. African nations have also backed some of China’s most controversial domestic policies, including repressive measures towards the majority-Muslim Uyghur community in Xinjiang, northwest China, 1m of whom are thought to be locked up in secret “re-education camps”.

In 2019, Africa’s political support for China’s Xinjiang policies was spelled out in a letter signed by 16 African states including Muslim powers Algeria, Egypt, Sudan, and Somalia, which was sent to the UN’s Human Rights Commission. Beijing praised the “objectivity and fairness” of the letter, lauding it as “a strong response to a few Western countries’ groundless accusations against China”.

African nations have also supported Beijing’s policy towards Hong Kong. After the introduction of repressive security law, 25 African countries signed a statement supporting China at the UN Human Rights Council. Three important African democracies, Nigeria, South Africa, and Kenya, expressed no public sentiment in support of the law but neither did they openly criticize it.

But while Africa’s political elites may be in lockstep with Beijing on such issues, the response has been quite different in African civil society.

“The impact on civil society views in Africa of China was shaping up to be quite different, in view of the enormity of the security law in overriding partial democratic freedoms and rights in Hong Kong,” says Large. African opinion towards China is therefore not as unified as often assumed.

Still, while China continues to back Africa economically, it seems likely to continue wielding massive political influence. Between 2000 and 2019, SAIS-CARI estimated Chinese financiers signed 1,141 loan commitments worth $153bn with African governments and their state-owned enterprises.

China is Africa’s biggest source of foreign direct investment – investment surged from $75m in 2003 to $2.7bn in 2019. Chinese FDI flows to Africa have exceeded those from the US since 2014.

Approaches to economic development have become based on an industrialization-led “structural transformation” agenda, with China pledging and delivering billions to infrastructure projects across the continent.

Here too there are likely to be future tensions. China’s expanding role as a holder of African debt will increasingly shape relations in the months ahead as African economies brought low by the Covid-19 pandemic seek loan deferrals and cancellations from Beijing and its network of policy banks.

Given the vital importance of debt renegotiation and forgiveness, Chinese financial support at this year’s FOCAC is not expected to rival previous years, where announcements totaled up to $60bn in total.

The era of easy Chinese money in Africa looks to be coming to a close, especially given domestic worries about the health of the Chinese economy following recent financial scandals.

Even so, while the future of China-Africa ties may increasingly be geared towards politics, it can be argued that China’s economic engagement with Africa, in the form of investments, loans, and patronage, has already borne substantial dividends. Such is the realpolitik of the current world order.

Until the West can compete with China’s economic pledges on the continent, their political influence is likely to remain secondary to the expansive vision of Xi Jinping.