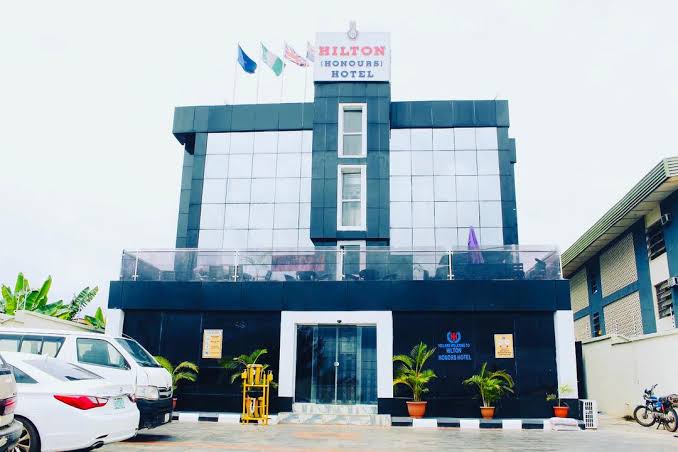 Ramon Adedoyin’s wife, the owner of Hilton Hotel, Ile Ife, Osun State, has debunked the allegations of ritual killing levelled against her husband.

Brand News Day Nigeria gathers that Iyabo Adedoyin insisted that her husband is a patriotic Nigerian and not a ritualist.

“Adedoyin knows nothing about this incident, truly the man died at the hotel and the police have commenced investigation into the matter.

“Some said my husband ran away, that is not true, my husband never ran anywhere. All this that is happening is just a test of our faith as believers.

Controversy has trailed the death of Timothy Adegoke, a Master’s student of the Obafemi Awolowo University, Ile Ife, who lodged at Hilton Hotel and Resort, with residents calling for a thorough investigation into the matter.

Mr Adegoke was in Osun State to sit for an exam at the OAU Distance Learning Centre, Moro campus, when he was declared missing on November 7.

According to PREMIUM TIMES, Mr Adegoke’s body was discovered after some suspects, including workers at the hotel, were arrested by the police for questioning.

On Wednesday, the Osun State Police Command said the owner of the hotel, Mr Adedoyin, had been arrested.

The police spokesperson, Yemisi Opalola, explained that a case of a missing person was reported at Edun Abon Police Station on November 7, which was subsequently transferred to the State Criminal Investigation Department on November 9.

Ms Opalola also said after the matter was received at the SCID, detectives swung into action and arrested six suspects in connection with the matter.

Residents around the hotel said the police arrested the six suspects and the owner of the hotel after they allegedly buried Mr Adegoke when he was discovered dead.

A resident, who identified himself as Rasheed, said, “The police arrested all of them because they found out that they secretly buried the deceased at a location not too far from the hotel.

“That was what we were told, ask anybody around here, they will tell you the same thing.”