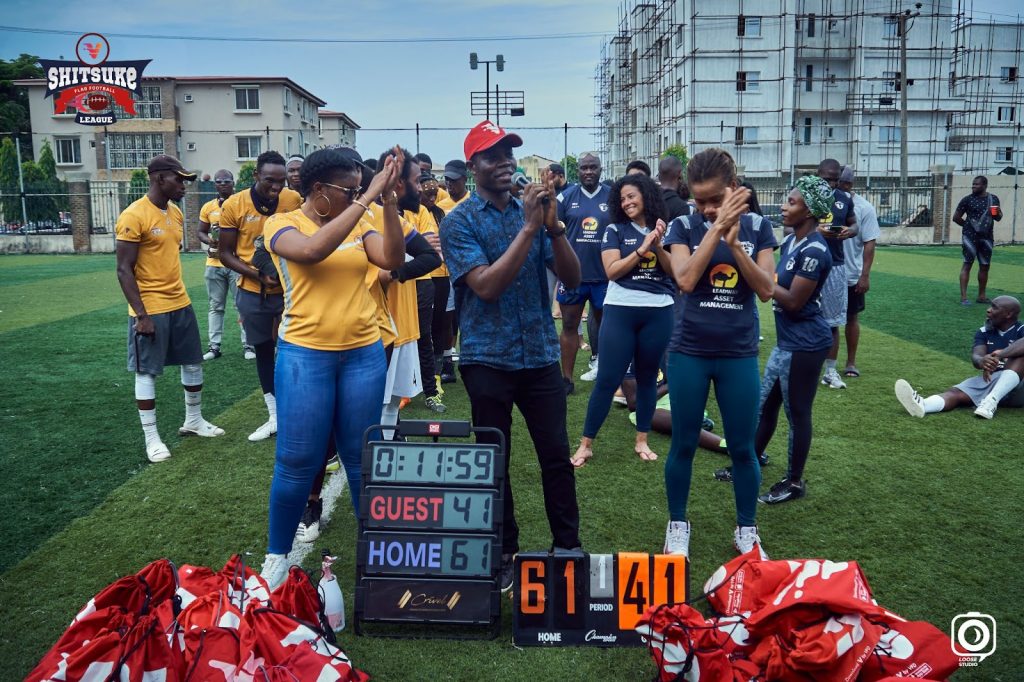 The V Shitsuke Flag Football league championship (Season 5) came to a climax recently with the Titans lifting the trophy for the season. The defending champions, Titans, had defeated (Lagos) Rebels 61 to 41 in a spectacular outing that was every inch a final after nine consecutive Sundays of nine teams going head-to-head.

The title sponsor of the game, VBank, was present to cheer the players and colour the occasion. For the second season in a row, VBank, Nigeria’s digital banking platform and Banking app of the year 2020 has supported the V Shistsuke Flag Football league. For the last year, the platform, powered by VFD Microfinance bank, has sponsored one sporting event after the other. 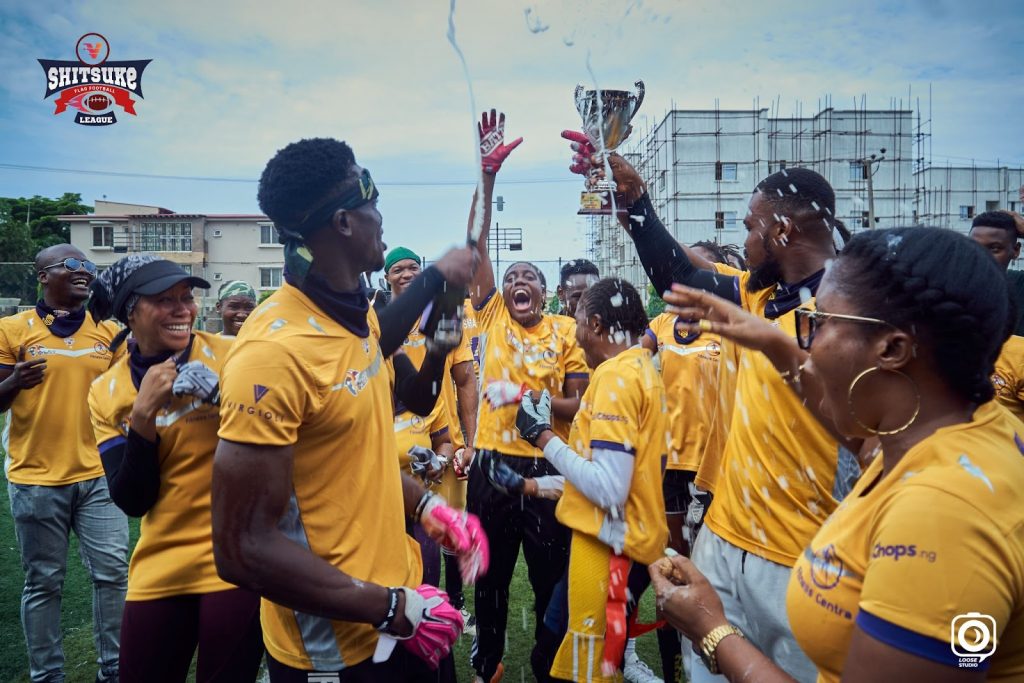 “VFD as a corporate establishment believes in promoting social cohesion in our local environments and that is why sponsoring sporting activities will remain an attraction for us. In addition to keeping people fit, team sports like flag football encourage more people to bond either by watching and cheering their favourite teams or by playing in the games. The Shitsuke league, in particular, is doing a great job of making flag football more popular in Nigeria and VBank will continue to support innovations.” 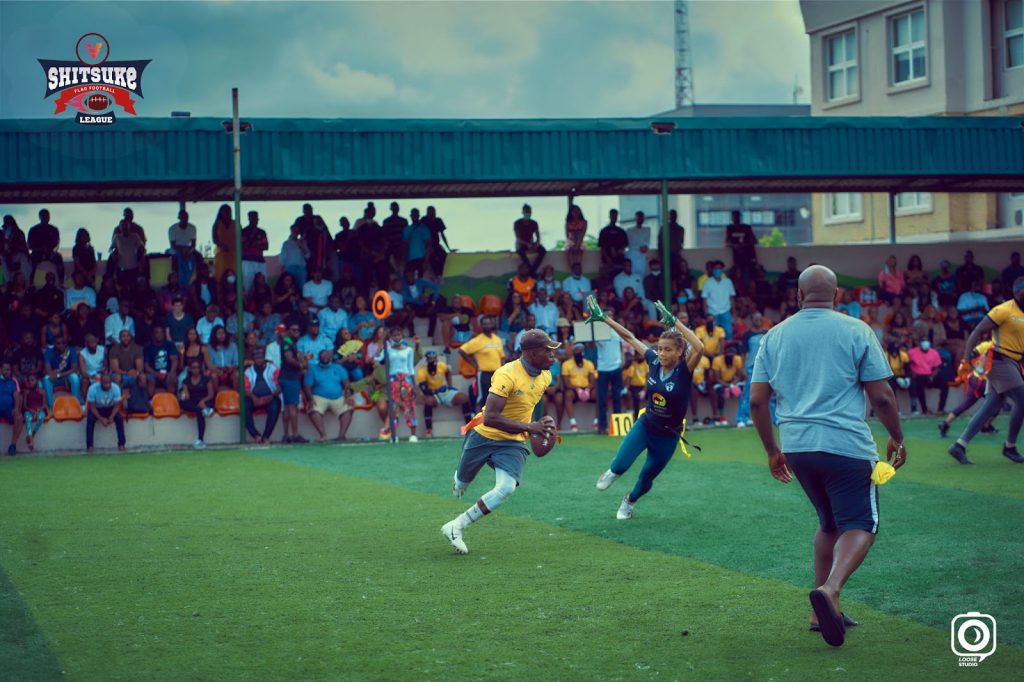 As the Titans cemented a second win that allows them to retain the trophy for another season, individual brilliance was recognized when Odunayo Komolafe and Vivienne John were awarded the Male & Female Most Valuable Player (MVP) plaques respectively for the V Shitsuke Flag Football league Season 5.

Last April, VBank partnered with Lagos Country Club to host a 2-week snooker & billiards tournament where winners won a total of six hundred thousand naira in cash. Prior to that, the digital bank had sponsored its maiden snooker tournament which was held at eBar in Lekki, Lagos steadily building its footprints in Nigeria’s sporting scene.

Facebook Comments
READ >>  What Is Really New In Fintech