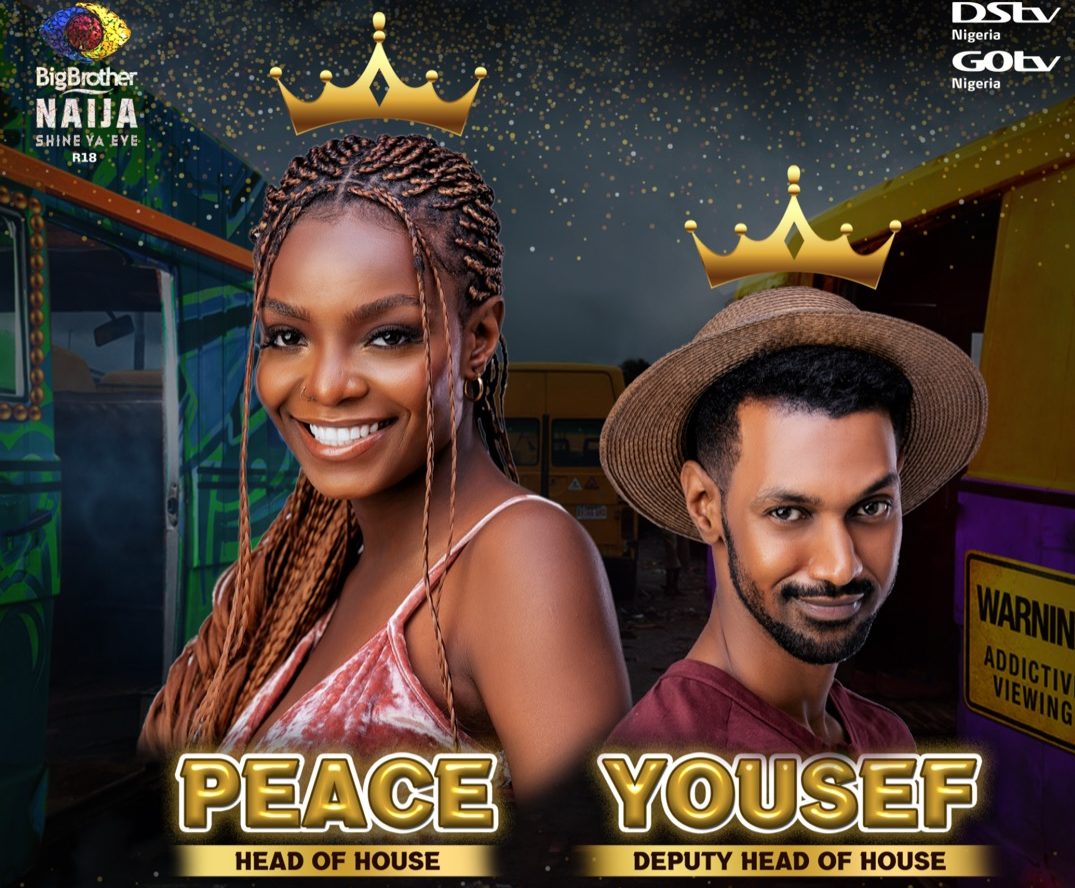 The BBNaija Shine Ya Eye housemates had their first Head of House challenge tonight with Peace emerging the winner. The Head of House (HoH)challenge is the first task of every week and is considered one of the most important tasks in the BBNaija show as it grants the winner immunity from the week’s evictions.

Like last year, the housemates got to play the game of dice. Biggie announced that the board game would remain constant throughout the season, but the challenges will change each week. The theme for this week’s challenge was ‘childhood memories’ and the tasks in tonight’s game had the housemates reminiscing about younger times by playing “my heads, shoulders, knees and toes”, blowing up balloons and playing hopscotch on the spot.

The resident polymath, Yerins started off the game and made it only to the first step leaving the housemates in shock at how much more difficult the game is than it looks.Nini went next and made it to step six, but the balloons did not agree to be blown up with air. For Saga and Princess, the dice simply said, “You shall not pass”. Cross took his turn quickly but couldn’t beat the 70 second time to complete the course. On the other hand, Maria managed to roll all the correct numbers, skipping tasks to finish strong at step 15.

Peace taking a leaf from Maria powers through the course, overtaking her to finish at step 16. Yousef, Beatrice, Saskay all tried their hardest, but the dice only let them go as far as 4. For Liquorose and Angel, they never made it past the start position. Tega played strong to finish on step 8, and Pere, the first housemate to roll a six almost immediately, finished on step 11.

After Biggies had the base of the dice rolling machine removed, Jay Paul, Arin and Whitemoney took their turns quickly, finishing at 10, 9, 10, respectively. Emmanuel worked hard, but the six he needed eluded him. Jackie B encountered dice problems but ended on step 8.

It was a close tie between Maria and Peace, with Maria getting 15 steps and Peace getting 16. After all the obstacles, Peace emerged as the first head of house of the season. And as instructed by biggie, had to pick a deputy of the opposite sex in less than a minute. She picked Yousef.

It’s all joy for the both of them as they have now been exempted from nominations for this week. They also get to enjoy the luxurious Head of House lounge, which is fit for royalty. Let’s hope their reign is a fruitful one.

By popular demand, the fan competition ‘Fave Lock-In’ has returned. The competition which saw viewers become millionaires during the previous season, will give 30 BBNaija fans the chance of winning N1million each when the housemate they ‘Lock-In’ on emerges the winner of the BBNaija Shine Ya Eye season. The competition starts on Thursday, 29th July and will run till Monday, 2nd August, 2021.

Big Brother Naija season 6 airs 24/7 on DStv channel 198, GOtv on channel 29 and Showmax. Sign up to DStv today via www.dstvafrica.com  or get GOtv on www.gotvafrica.com

Abeg is the headline sponsor, and the associate sponsor is Patricia.