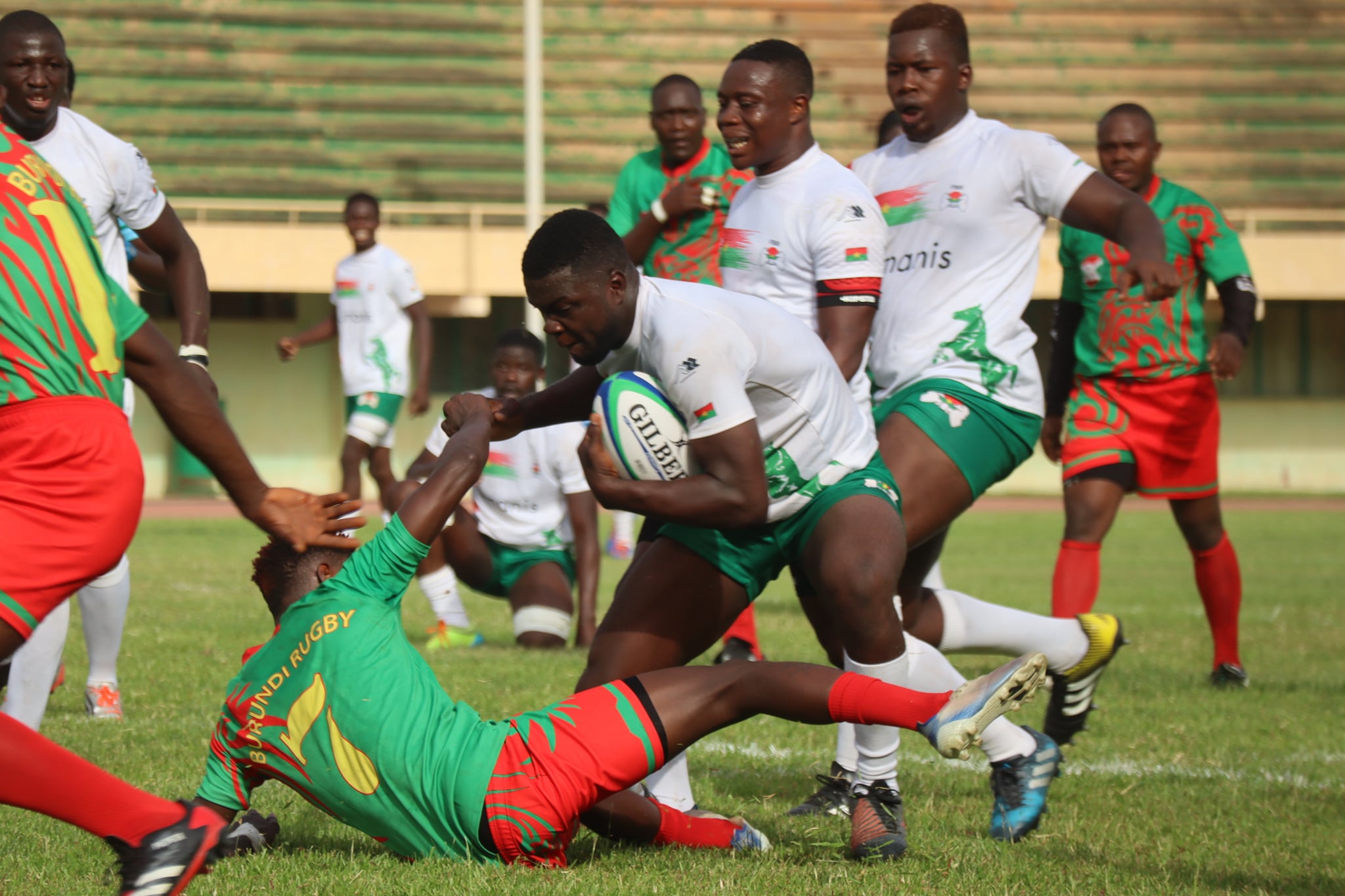 The opening match of the Rugby Africa Cup Repechage (www.RugbyAfrique.com) was played on 5th June, 2021, in Ouagadougou (Burkina Faso) at 16:00PM GMT time.

This first match pitted Burkina Faso against Burundi at the Stade 4 Aout stadium. The final score was 52-3 in favor of the host country.

Burkina Faso opened the scoring in the first minute from the start with Démé Kassoum. The Burkina Faso national team dominated the entire first half by a score of 30-0.

On resumption, they continued to multiply tries, conversions, and penalties. The Burundian team scored their only 3 points in the 32nd minute.

Burundi national coach Kinyinda Wakazadi said his rugby players will change tactics to face Cameroon. He remains confident for the rest of the competition, recognizing their limit due to weather conditions. “The problem is the heat, and we are not used to playing in the heat,” he said.

On the other hand, Burkina Faso’s national coach, Cheikh Amidou Ouédraogo, had a thought for the victims of the terrorist attack which killed around 100 people the day before, according to local media. For Mr. Ouédraogo, the keys to success have been intensive preparation and the good selection of players. “We worked a lot. It’s been six months of work and we have very good players coming out of rugby schools,” he said.

The Rugby Africa Cup Repechage marks the restart of Rugby Africa’s competition program and kicks off the qualification for the Rugby World Cup 2023. Burundi will compete against Cameroon on 9th June, and Burkina Faso will face  Cameroon on 13th June.