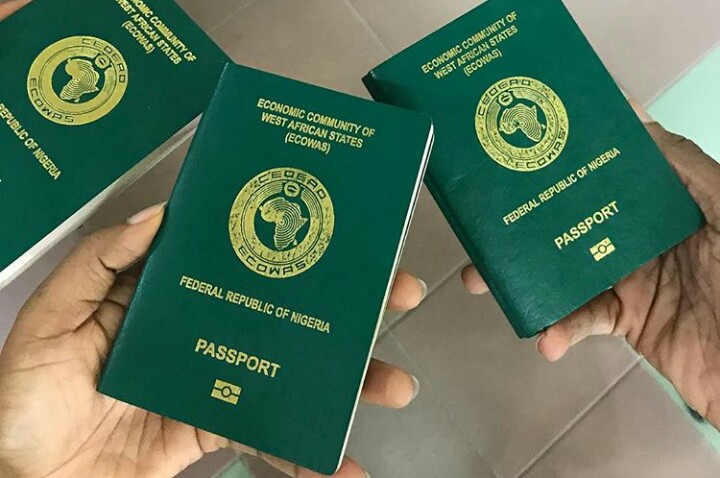 The Nigeria Immigration Service (NIS) announced that it has extended the commencement of issuing a new passport regime as against its earlier schedule.

Brand News Day reports that the NIS in a statement issued by the Public Relations Officer of NIS, Mr Amos Okpu, on behalf of the Comptroller-General of NIS, Mr Muhammad Babandede on Tuesday, in Abuja.

Minister of Interior, Ogbeni Rauf Aregbesola, made this known that its earlier announcement on the commencement of a new passport regime scheduled for June 1, 2021, has been extended by a week — June 8, 2021.

This was as a result of the backlog of teeming applicants turning up to collect their passports across various issuing centres, thus, compounding hurdles across issuing centres.

According to NIS’s Muhammad Babandede, NIS had made significant progress in clearing the backlog of passport applications with a total of 230,500 applications cleared and passports produced.

Recall that 2 weeks ago, the Federal Government suspended new applications for international passports to allow the Nigeria Immigration Service (NIS) to clear passport applications that were received before the 17th of May 2021.

As a corollary, a total number of 230,500 applications have been cleared and the Passports produced. Out of the number, a total of 43,350 are yet to be collected.

FG Extends Issuing Of New Passport Regime To Another Week

Passport Control Officers have been directed to continue to send out short message notifications for collection to all applicants who indicated functional contact detail numbers in their applications while efforts have been intensified to clear up the remaining applications in some centres.“

The NIS boss further directed that details of all Passports that were yet to be collected be uploaded on the service website, www.immigration.gov.ng for the attention of the public, adding that the service is also deploying other media means to notify the public.

The statement further read: “A huge number of applicants are already turning up to collect their Passports across Issuing Centres and this is causing some forms of congestion. This situation will not allow the Service to accommodate new applications especially considering our desire to ensure that people who come to our offices comply with all the COVID-19 Protocols.

”Consequent to the above, the Minister of Interior, Ogbeni Rauf Aregbesola, has extended the commencement of the new passport regime earlier scheduled for 1st June 2021 by one week till the 8th of June 2021. This period shall be used to attend to applicants for collection, clear all the remaining backlogs as well as improve systems automation for the takeoff of the new Passport regime effective 8th June 2021.”

However, Babandede assured the public of full commitment to improving service delivery to all Passport applicants and others.