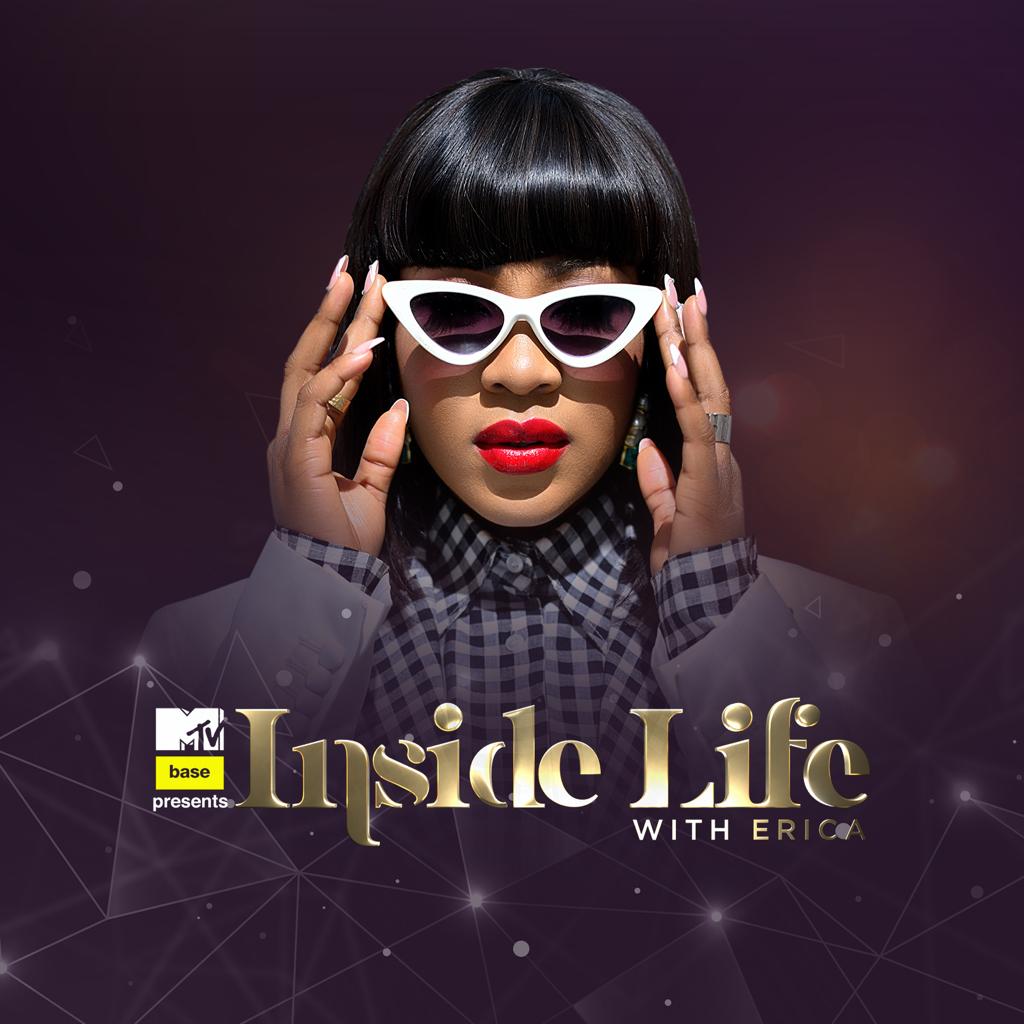 Star girl and Queen of the Elites, Erica Nlewedim, yesterday confirmed that she will be the first Celebrity featured in MTV Base’s new reality TV series, Inside Life, which will be airing weekly on MTV Base DStv Channel 322 and GOtv Channel 72 from 8:00PM WAT, Wednesday, June 9, 2021.

The former BBNaija housemate first disclosed this in her tell-all IG Live interview with VJ, Nenny-B, where she assured her fans that they will be treated to “premium content” on the show.

“I am super excited about the show. Viewers will get to see sides to me that the public has never seen before. I think my excitement comes from being on live camera again and thinking about how my fans will react when they finally see what my everyday life looks like. Inside Life With Erica captures every aspect of me. Erica the actress, the entrepreneur, the star girl, lover-girl, and even my vulnerabilities. The name of the show is INSIDE LIFE, so it’s inside my life, no stone unturned,” she added.

This scintillating soon-to-launch series will feature Erica in her element as she navigates the business and entertainment worlds as she continues to grow to become one of the most respected entertainment moguls in Nigeria.

On the show, viewers will also get to see the most important people in her life, from her family members to her friends.

Commenting on the launch of the new content on Nigeria’s number one music entertainment channel, MTV Base, Solafunmi Sosanya, Senior Channels Manager at ViacomCBS Networks Africa (the parent company of MTV Base), said:

“Erica is one celebrity that certainly sparkles in the spotlight. The light and cameras absolutely love her and that’s a mark of a true reality TV star. Inside Life With Erica is a brilliant, non-invasive avenue for her teeming fans to see her for who she really is, outside of the glitz and the glamour. The show will definitely give viewers a different perspective to their favourite celebrity’s life. This reality series is keeping with MTV Base’s drive to provide our viewers with premium entertainment and storytelling with original scripted and non-scripted shows.”