4 Things You Should Never Tolerate
Advertisement

Dear Applicant, I Don’t Think You Really Wanted That Job!

You Should Probably Shut Up At These Critical Times 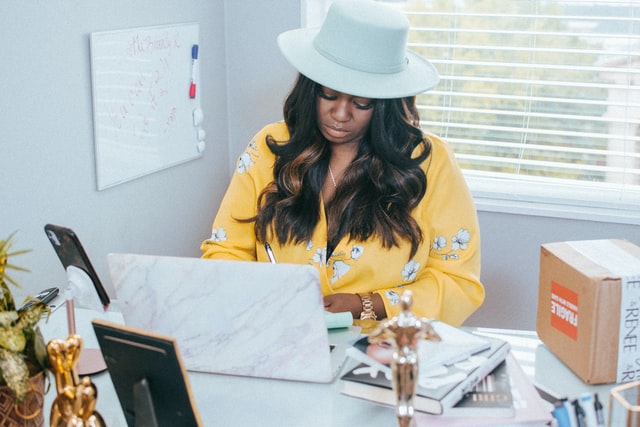 Compassion is an important (and incredibly sexy) trait – it’s the basis of tolerance, which everyone should have for each other. It’s difficult having a blanket of compassion and tolerance for people, but it’s necessary in order to create a world in which we can all live in harmony. While we should all practise compassion in all of our dealings, here are four things you should never tolerate under any circumstances:

Sexism. Racism. Ageism. Religious persecution. It’s amazing how many ways people find to label and hate each other. What’s the point of hate? Has hating someone ever accomplished anything for you? I’ve never thought to myself, “It’s a good thing I hated ___, otherwise, I never would’ve ___.” Hatred contributes nothing to the human collective. Consider the words of Mahatma Gandhi: “A man is but the product of his thoughts—what he thinks, he becomes.”

If you fill your thoughts with hate, there won’t be room for love; even if you find someone to love who’s willing to love you back, your hatred will eventually replace the love you have for each other. It works like this: if all you think about is negative, you’ll become a negative person. While you’re out with your friends, you’ll be focusing on what’s bothering you instead of experiencing and enjoying the present moment.

Just because you’re lost in your thoughts doesn’t mean the entire world suddenly stops—you’ll exist in everyone else’s present moment as a downer who’s frowning, angry, and dragging the energy down around them. Nobody wants to be around a negative person.

To make matters worse, your hatred will manifest itself in all the wrong ways. You may be mad at your mom for breaking up a party, but while you’re sulking about it in public, you’ll encounter random strangers. These people have no idea who you are or what you’re going through; all they see is some angry person walking down the street. One of them may greet you, but you’ll be too wrapped up in your thoughts to notice. The person you ignored may think they’re the strange one and stop greeting people. You may even be curt or flat out rude to someone you normally wouldn’t if in the right frame of mind.

Not only should we all stop the hatred in our hearts, but we must not allow external hatred to affect us either. Every time a gathering is attacked, the intention is to make us all fear or hate other people. We must never allow ourselves to fall victim to hatred. The correct way to live is to encourage others to be kind through our own actions.

Debating whether or not illegal immigration can be curbed is one thing—insulting someone’s character because you don’t agree with them is unacceptable. There are billions of us sharing this planet, and it’s a rather enclosed space. We don’t always have to agree or work together, but there’s no reason we can’t all coexist.

It’s OK to disagree; nobody should mind if you are passionate. At the same time, you need to ensure you are only countering someone’s ideas. You should also be mindful of not getting offended when someone “attacks” your ideas. As long as everyone can keep a cool head, our interactions will flow much more efficiently. Remember to be the change you want to see in the world, and stop making personal attacks right now, regardless of whether or not anyone makes a personal attack against you. Take a look at the person staring back at you in the mirror, and never do anything to make that person feel ashamed to look back at you.

There are a lot of situations we face in life, and sometimes it can feel like violence is the only answer. No matter what scenario you can imagine in which violence is necessary, you’re not correct. It’s unrealistic to believe that we could exist in total peace, but humanity should strive to condemn violent acts. This is already happening on social media and throughout the internet. People are speaking up against those who perform egregious and despicable acts against humanity, nature, and anything else. Rape, murder, beatings, bullying—none of it is tolerated in the digital world.

Although society has evolved technologically over the last two millennia, nothing much has really changed. Human beings are a hive mind, and the mob mentality is only accentuated by the speed and breadth in which information can be dispersed on the internet. We need to be careful not to allow our passion for peace to instead bring violence to the world. Instead of inciting violence, condemn it. Don’t spend all your time condemning it though. It’s not enough to simply not be violent; we should strive to promote love as well.

In order for us to progress as a society, we need to ensure that everyone progresses. It’s important that every human being of every sex, religion, race, sexual orientation, and age, is treated equally. This may seem like a pipe dream, but it’s very achievable, and it can be accomplished by each and every one of us.

If you take nothing else away from this post, understand that the way you treat people matters: if you treat people the way you want to be treated (with respect, courtesy, and integrity), they will be more likely to treat you the same way. If they don’t, suck it up and move forward to the next person. Every single choice you make in your life contributes to the whole of humanity—make them all count!

Related Topics:Things You Should Never Tolerate