UBA: A Bank of Many Firsts, in pursuit of Customer Satisfaction
Advertisement 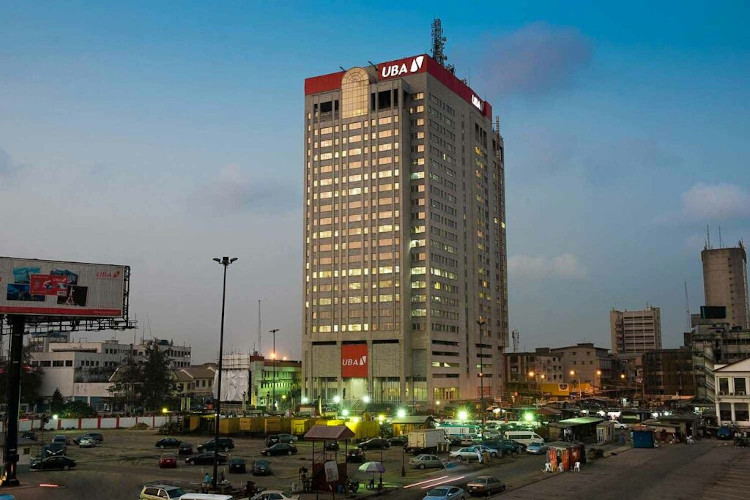 United Bank for Africa (UBA) Plc has carved a niche for itself and continues to stand out as the leading Pan-African financial institution, consistent in introducing numerous first-rate innovative products with customer satisfaction in mind.  To this end, the bank has invested significantly in cutting edge technology in a bid to boost its overall services to customers. The development is a further demonstration of the bank’s unalloyed commitment to ensuring premium services as well as reaffirming its dominance across Africa.

In a bid to reinforce its commitment to first-rate experience, the lender introduced Leo the Chat Banker in 2018 and did not rest on its oars as it innovated with more firsts launching on Facebook, in 2019 and on WhatsApp, following which it created Leo Apple Business Chat’ for Ios on iPhone and iPad. A feat its peers are yet to replicate, even though some banks like Diamond Bank now merged with Access Bank tried with Ada and StanbicIBTC Bank’ Sami. First Bank and GT Bank also launched on WhatsApp. They were all unable to replicate the success story of UBA’s Leo. 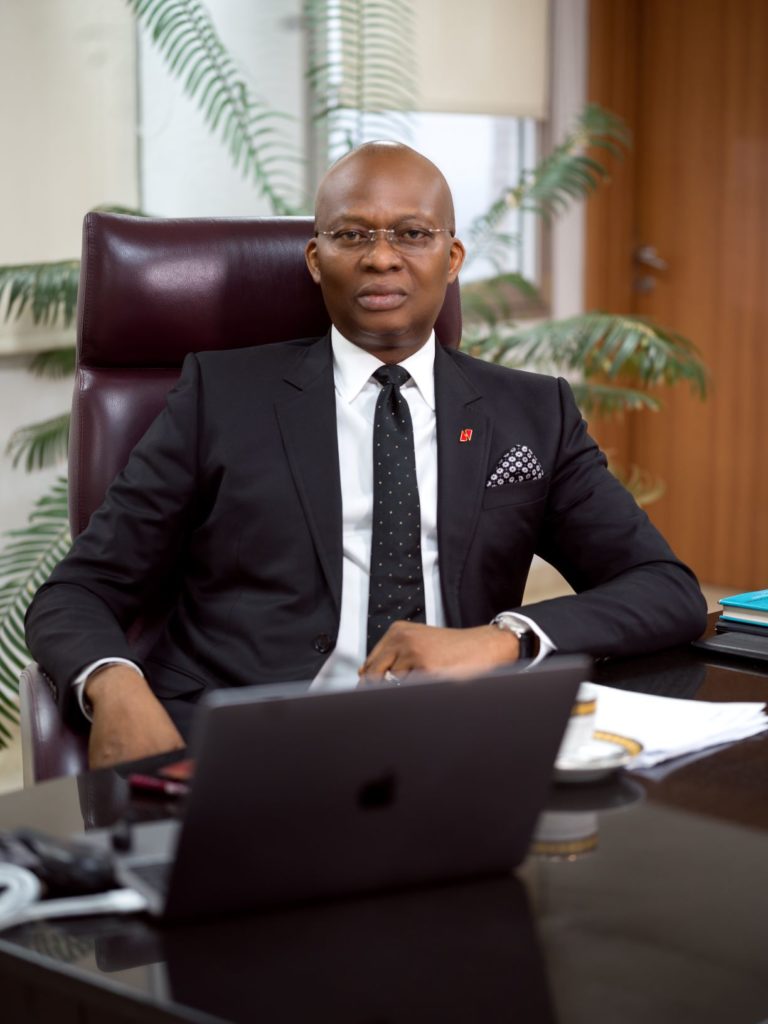 Recently, UBA has again raised the bar, with another first of its kind, that is currently setting the pace in the digital banking space. The New UBA mobile App, launched in March is a one-stop-shop for all banking transactions like never seen before on the African continent and is already a massive success with customers who have embraced the app wholeheartedly with more than 200,000  downloads since its launch in March. A testament to the excellent unique offerings imbued in the new mobile app.

The new app, which is a total upgrade from the former app, has new features including four amazing themes and a more amazing graphical interface, just as it has another never-been-seen before feature where it blurs your account balance when you cover your phone’s sensor.

Armed with benefits and features designed to give its customers increased control and accessibility to carry out transactions with ease, UBA Digital Banking Group Head, Kayode Ishola, said the app has been tailor-made to give customers what they want, how and in the way they want it. He made this disclosure during a recent virtual press parlay with both local and international media, adding that a lot of investment in cutting edge technology and attention to details was put into the new mobile app.

According to him, the new UBA Mobile App is “your personal finance manager built with a distinctive user interface that will change the face of banking. “With this app, we are reimagining banking as our engagement has moved from being channel-based to being platform-based.

“The speed of the platform has been made to match the speed of light as we have cut down significantly on the number of processes expected to carry out your transactions. Interestingly, we have worked towards creating behavioural insight for our customers and working around this to address the real needs of our customers using the Omnichannel platform and running on our open digital platform, which is very interactive and armed with lifestyle services. It is sleek and trendy with a seamless user interface”, he added.

On the security features of the app, UBA’s Group Chief Information Officer, Onyebuchi Akosa, said the new platform will revolutionise the way banking services are offered as it will deliver increased personalised banking via a watertight and highly effective security system.

He said: “The new app has also been built with the best-in-purchase security features and has been modelled appropriately to ensure that all the features are working properly to secure transactions maximally. It is also important to mention that the bank took into consideration the virtually impaired, and thus has used voice recognition as a channel for the transaction which suits both convenience and the visually impaired customers.”

Head, UBA SME Banking, Sampson Aneke, on his part noted that the app has been created with a high level of intelligence because it can work based on frequent transactions.

He added that “it can also speak to the specific country where it is being used as the new mobile app runs concurrently in the 20 countries of UBA’s operation interacting in the different languages and cultures in line with the specific needs and regulation of the country in focus. This all-encompassing platform which boasts of a new user interface because of its sleek, modern nature of delivering a seamless experience across several devices; can be used as a budgeting tool, loan application and also allows customers to view their expenses according to their various categories such as the amount spent on data within a particular period.”

UBA: A Bank of Many Firsts, in pursuit of Customer Satisfaction

Beyond lip service, the bank, which is known for its culture of excellent service, has continuously innovated all of its business segments, whilst delivering top-notch operational efficiencies and best-in-class customer service. Over the years, the reward for creating such superior value has come in form of customer satisfaction and numerous local and international awards, thus consolidating their leadership position in Africa. For the bank, those awards are evidence of the diligent execution of its strategic initiatives geared towards customer service fulfilment.

Beyond the multiple zeros that are the underlying goal of every financial institution, UBA is also big on social impacts and customer satisfaction, the latter being a requisite for a rewarding year for the bank. Through its UBA Foundation, its CSR arm that is committed to being a socially responsible company and role model for all businesses in Africa, the foundation is committed to the socio-economic betterment of the communities in which the bank operates, focusing on development in the areas of education, environment, economic empowerment and special projects. The UBA Foundation was incorporated in January 2004.

The bank performs all these social functions while maintaining a sound pedigree as an institution that helps millions across the continent meet their financial goals. In fact, as one of the oldest surviving financial institutions in Nigeria, UBA holds a distinctive position as a general wealth distributor, which makes its financial performance more profound and impactful.

With about 274,000 shareholders, about 72 per cent holding between one and 10,000 ordinary shares, UBA has the most diversified shareholders’ base. It is also one of the most actively traded stocks at the Nigerian stock market and a major influence in the traditionally most active banking sector. A total of 6.95 billion ordinary shares of UBA were traded at the stock market in 2020 while the bank’s share price rose by 21 per cent, more than the double average return of 10.1 per cent recorded by the NSE Banking Index.

With more than 21 million customers and 1,000 business offices and customer touchpoints in 20 African countries, UBA is a systemically important, tier-one financial institution. Despite the disruptions caused by the COVID-19 pandemic, the group remained a major developmental partner for its host communities, environment and economy as it donated N5.10 billion to various corporate social responsibility (CSR) initiatives during the year, through its foundation.

A further breakdown showed that the total assets last year leapt two spaces to N7.70 trillions from N5.62 trillion in 2019, about 37 per cent increase. The balance sheet performance is reflective of the overall performance outlook for the pan-African banking group. Market pundits are placing a “buy” note on UBA on the heels of the 2020 performance. UBA has the highest upside potential among the five stocks recommended by Cowry Asset Management Limited as the stock market reopened.

Net interest income stood at N259.47 billion in 2020 as against N221.88 billion in 2019, fees and commission incomes also rose from N110.56 billion in 2019 to N126.94 billion in 2020 while net trading and foreign exchange income increased from N37.63 billion to N59.45 billion. Further segmented analysis showed the continuing growth and profitability of the group’s non-Nigerian subsidiaries, providing diversification that helped to cushion and insulate the group from market fluctuation.

The balance sheet also showed that UBA recorded a remarkable 24 per cent growth in loans to customers at to N2.6 trillion while customer deposits increased by 48.1 per cent to N5.7 trillion, compared with N3.8 trillion recorded in the corresponding period of 2019, reflecting increased customer confidence, enhanced customer experience, successes from the ongoing business transformation programme and the further deepening of its retail banking franchise. While the paid-up capital remained unchanged at N17.1 billion, total equity funds rose from N597.98 billion in 2019 to N724.15 billion in 2020, driven mainly by an increase in retained earnings and other reserves.

Re-echoing the stance of analysts on the strong performance of the bank despite the global pandemic, UBA Group Managing Director, Mr. Kennedy Uzoka said last year was important for the UBA Group, as it gained further market share in most of its countries of operation.

According to him, the bank ended a very challenging year on a reassuring note as shown by double-digit growth in both top and bottom lines. Despite the tumultuous impact of the pandemic globally and across UBA’s 23 countries of operation, the group created N519 billion additional loans as it continued to support customers and their businesses.

He outlined that customer deposits grew 48.1 per cent to N5.7 trillion, driven primarily by an additional N1.8 trillion in retail deposits, assuring that as a global bank, UBA remains well capitalised and determined to successfully drive financial inclusion on the continent through innovative products and vast network.

He pointed out that the bank’s capital adequacy and liquidity ratios came in at 22.4 per cent and 44.3 per cent were well above the respective regulatory minimum of 15.0 per cent and 30 per cent.

“Our primary strategy will continue to focus on providing excellent services from our customers’ standpoint, putting the customer first always. Looking ahead, I am inspired by the achievements we have made since the launch of our transformation programme. We have expanded market share considerably across the geographies where we operate and are consolidating our digital banking leadership in Africa. We will continue to leverage our diversified business model and dedicated workforce to further strengthen our position as ‘Africa’s Global Bank,” Uzoka said.

Group Chief Financial Official, United Bank for Africa (UBA) Plc, Ugo Nwaghodoh said the persistently low-interest-rate environment in 2020 exerted significant downward pressure on margins, notwithstanding, the bank’s interest income for the year grew by 5.7 per cent to N427.9 billion, driven by 8.2 per cent and 7.5 per cent year-on-year growth on interest income on loans and investment securities respectively.

Essentially, the 2020 performance no doubt shows the resilience of the uniquely diversified operating model of the UBA and brings to bear the gains from continuing investments in its pan-African outlook. Analysts are optimistic the group will sustain its growth trajectory, given expected improvements in national and global environments in 2021.