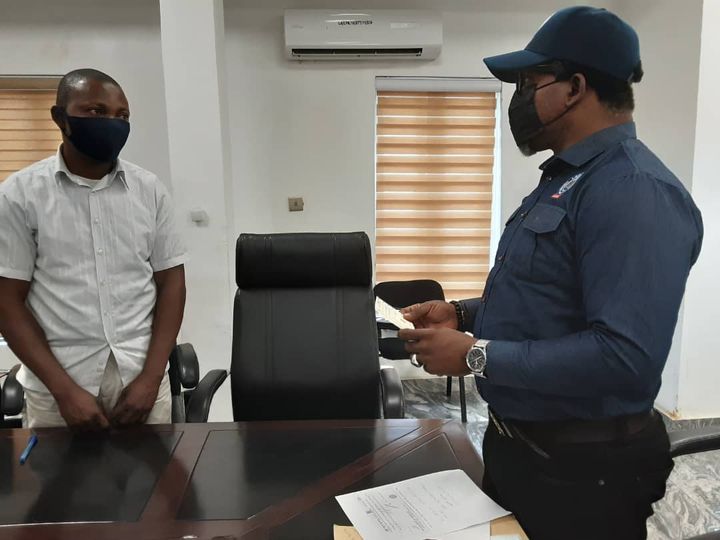 The Lagos State Consumer Protection Agency (LASCOPA), has assisted a petitioner, Mr Tajudeen Olabisi Saka, in securing a refund of N1.65 million from the seller of a defective Printing Machine earlier purchased.

Presenting the cheque to him on Thursday at the Agency’s office in Ikeja, the General Manager of LASCOPA, Mr Afolabi Solebo (Esq), noted that it is part of the mandate of the agency to ensure the protection of consumers from all forms of unwholesome practices from sellers, producers and manufacturers in Lagos State.

The General Manager stated that the Agency received a petition from Mr Saka, complaining that the seller of a defective printing machine refused to give him a refund, saying that the Agency immediately commenced an investigation to verify the claims of the petitioner.

He said, “After investigation, it was discovered that the printing machine started developing faults from the installation stage, meaning the petitioner didn’t receive full value for his money. The issue was, however, settled with the refund of N1.65 Million to the petitioner”.
Solebo stressed that LASCOPA is empowered by the enabling law to put checks in place to ensure producers are mindful of maintaining acceptable product quality and standards.
While noting that the services of LASCOPA are rendered free of charge and at no cost to the consumers, he urged residents to take advantage of the opportunity by forwarding their complaints to the Agency to ensure their rights are protected.

The General Manager also enjoined consumers to submit their complaints by visiting the office of LASCOPA at 2B, Soji Adepegba Close, off Allen Avenue, Ikeja or send to the Agency’s e-mail addresses: lascopa@lagosstate.gov. ng and lascopa@gmail.com.