10 Tips to turn up your Valentine’s Day Charm

Standard Chartered Turn Up With Burna Boy For Clients In Africa 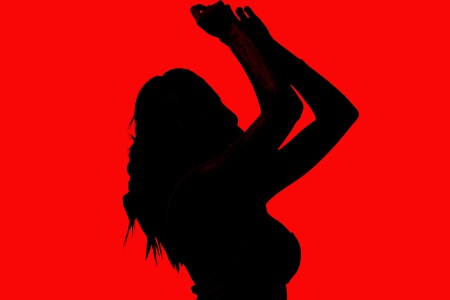 Two weeks ago we were blessed with the #Silhouettechallenge which is a TikTok challenge. This starts with men and women dressed in casual or lounge attire, and transitions to them exhibiting a silhouette of their bodies under a red light.

Some had lingerie, Some were fully nude, and others wore tight-fitting clothes. The point is people, mostly women were owning their sexiness, and showing some body positivity while giving us a show we all deserved during this lockdown.

That is until the Morality Class Captains came and ruined all the fun.

Some came out telling women what they could and could not do with their bodies. Most of the morality police were Christians. Some told women that they were cheap, prostitutes, sinners, and many other judgmental words women are policed with.

On the other hand, some outspoken perverts and predators decided to come out of the woodworks and showcase why ‘Men are Scum’ is a trending hashtag. Certain men also decided to find and download apps to remove the red filter that people were using to participate in the challenge

As for the morality police. Those who feel that they can tell women what to do with their bodies, Enough is enough! As women, their bodies are over-regulated and over-policed. Women have been raped in hijabs, trousers, etc and they have been blamed. Haven’t we learnt anything from what happened to Uwa and Tina??

In 2017 the number of sexual offences and indecent assault reported in Nigeria was 2,279. Yet ZERO cases reported by the police convictions.

READ >>  Globally, Three In Four Adults Say They’d Get A Vaccine For COVID-19

At this point women are tired. If the Nigerian government isn’t trying to kill you, the average man will.