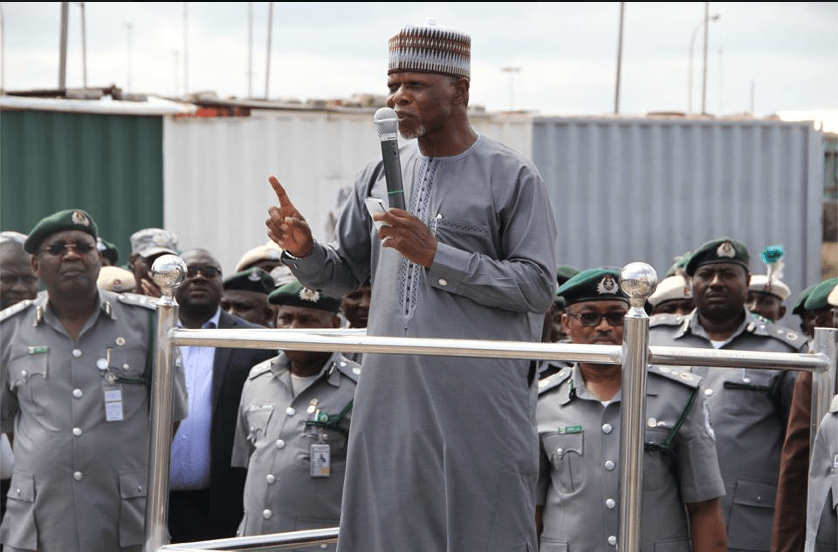 The Comptroller General of Nigeria Customs Service Col. Hameed Ibrahim Ali said the NCS targeted a total of N1.465 trillion to be channelled into the Federation accounts in 2021.

Brandnewsday reports that the Comptroller General of the Nigeria Customs made this known while addressing the Senate Wednesday, noting that the agency will spend N242.45 Billion in its 2021 Budget.

The Customs boss disclosed that the N1.465 trillion consists of N1.267 trillion for Federation and N198.00 billion for Non- Federation.

He further reiterated that the nonfunctional Scanners at the various Customs’ scanning sites has adversely contributed to the Service’s inability to carry out effective examination for selective consignments, however, said that if purchased, the NCS will make them available in Apapa and Portharcourt.

The Senate Committee on its part, took a swipe at the Customs over its concessions of collection of import duties, saying there is nowhere in the world where such is carried out, adding that it is even unacceptable where such an assignment is contracted to foreigners to handle instead of Nigerians or staff of the agency to be engaged.

Speaking during the budget defence, Chairman of the Committee, Senator Alimikhena threatened that the Senate will not pass the Customs budget, especially the Capital if it fails to forward to the Committee before Monday, Details of capital projects for 2021; the staff nominal roll, Personnel Cost, over 30 billion unaccounted funds for ongoing projects, adding that money appropriated for anything especially for recruitment must be utilized and accounted for.

The Committee, however, summoned the NCS boss, Col. Ali to appear before it on Monday next week with all the required documents.