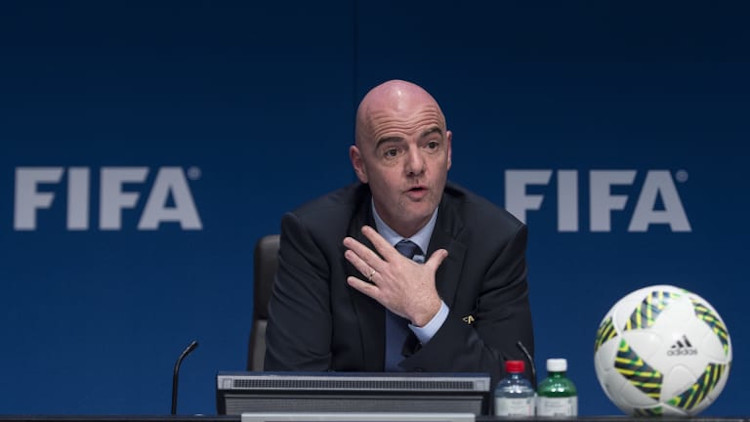 FIFA President Gianni Infantino has pledged his support for Cameroon and Africa football after meeting with the Confederation of African Football (CAF) and the Cameroonian Football Association (Fecafoot).

Brandnewsday reports that Fifa President has recently concluded a two-day trip to Cameroon, where he has met with dignitaries of the country and key officials from CAF and Cameroon.

The trip coincided with the start of the African Nations Championship (CHAN), which is being hosted in three Cameroon cities from 16 January until 7 February 2021.

The FIFA President, who was received in a private audience by Paul Biya, the President of the Republic of Cameroon, at the Unity Palace in Yaounde on Friday, subsequently attended a ceremony which conferred the title of CAF Honorary President to Issa Hayatou, who presided over the confederation from 1988 to 2017.

“I had the pleasure of providing President Biya with an update in relation to FIFA’s role in supporting football, not only in Cameroon but also across Africa and globally,” said the FIFA President, who was accompanied at the meeting by CAF President Constant Omari. The FIFA President would also later meet Cameroon Prime Minister Joseph Ngute during the visit to Yaounde.

“Equally, meeting with CAF and Fecafoot officials, it was important to show FIFA’s support to football in Cameroon and across the African continent, especially as the African Nations Championship just kicked off, the first international tournament being played in 2021, and spectators are attending matches according to the safety protocols which have been established,” the FIFA President added.

“It sends an important message to have football restarting in Africa, particularly in an indisputable football country such as Cameroon.”

Prior to leaving the country, Gianni Infantino attended the opening ceremony and the opening match of the CHAN final tournament, where hosts Cameroon narrowly overcame Zimbabwe at the Ahmadou Ahidjo Stadium in Yaounde. In total, 16 African national teams are participating in what is the sixth African Nations Championship, a biennial tournament which involves players from the respective domestic leagues.

The event has also received support from FIFA as, since October 2020, CAF has been using FIFA’s COVID Relief Fund grant (USD 2 million) to restart their competitions, with the medical protocols, flights and accommodation for match officials at CHAN being subsidised through this funding.