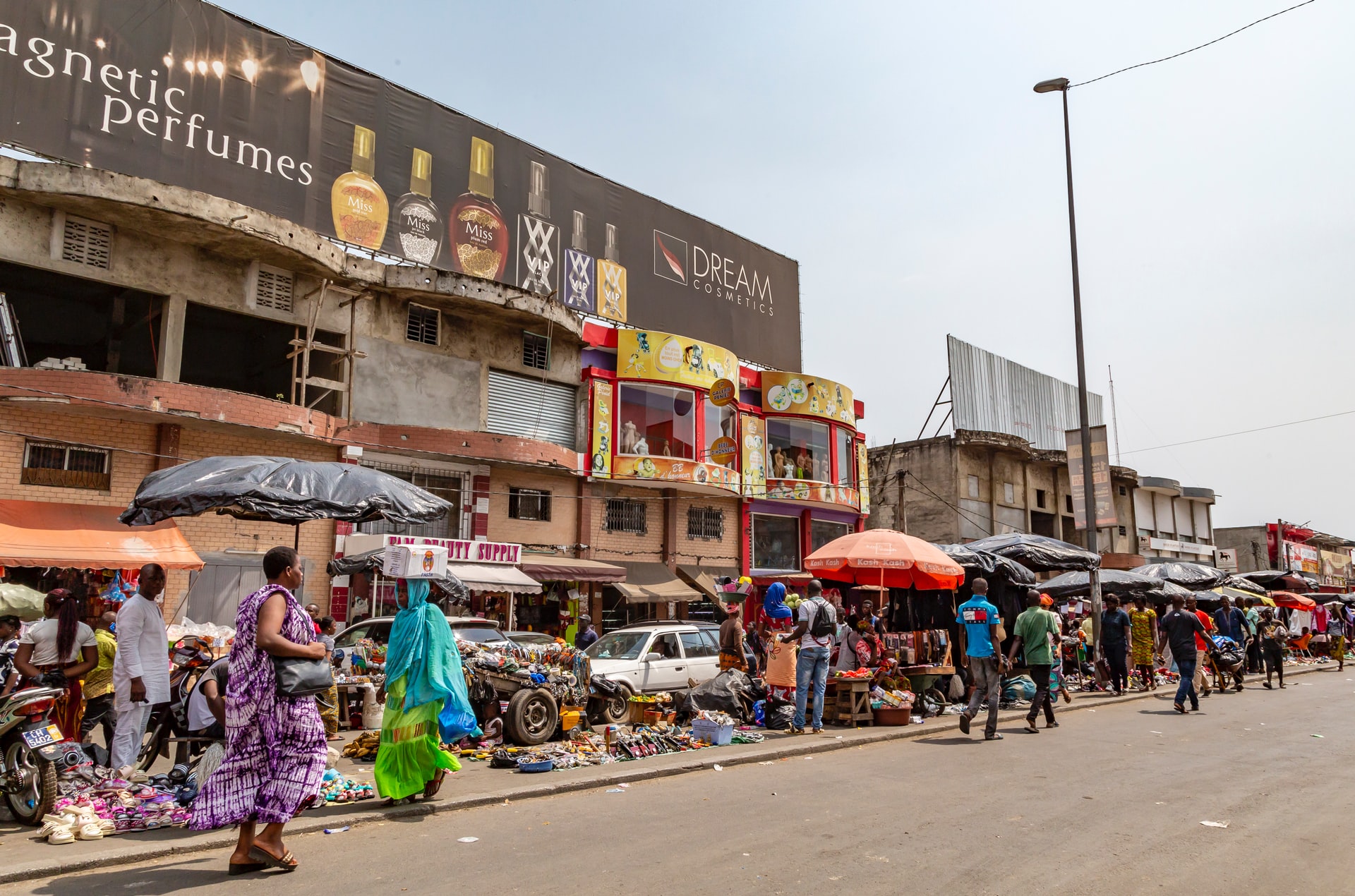 The Federal Government has ordered an immediate re-opening of four (Border Reopening) of its critical land borders. The borders were closed in August 2019 to minimize smuggling of rice, ammunition, and narcotics among others.

This move has inhibited regional trade, which contributes approx. 13.88% to GDP and account for 16.9% of total employment. Informal trade has a significant share in Africa’s regional trade, accounting for approx. 30%-40%.

The region has a GDP size of $2.6trn, with Nigeria accounting for about 21.9%. With talks on the ECO currency and the AfCFTA commencing in January 2021, the re-opening of the land borders will boost regional trade and integration.

The border re-opening is happening at a time when the country’s inflation rate is at its highest level in almost three years. In line with our forecast (14.8%), headline inflation rose by 0.66% to 14.89% in November, making it the 15th month in a row that inflation will be increasing. The month-on-month inflation, when annualized is now above the 20% threshold (20.99%). 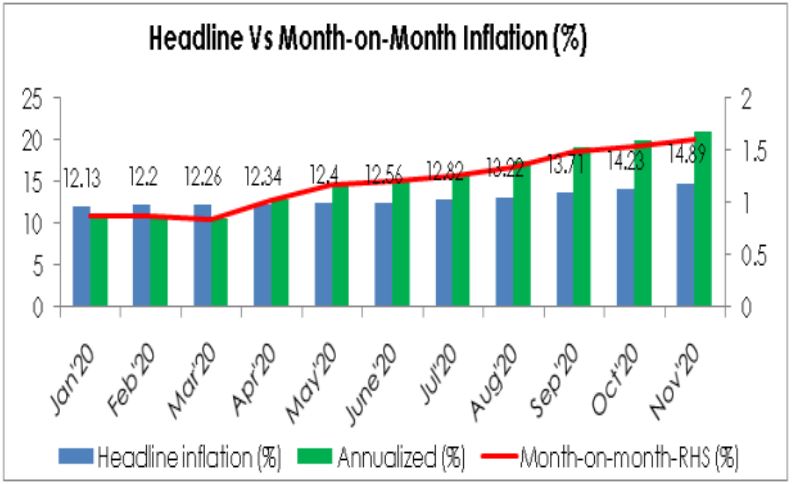 A number of analysts have attributed the continued spike in inflation to the prolonged closure of the land borders. While this seems true, attributing pricing pressures to only border closure could be misleading. More than anything else, forex scarcity, restrictions on food import and rationing have exerted pressures on the food basket, pushing food inflation to a 34-month high of 18.3%. Its impact was further compounded by capacity constraints among local farmers, boost in market liquidity, higher logistics costs and electricity tariff hike.

Even though annual core inflation (inflation fewer seasonalities) declined (11.05%), the sharp increase in the monthly core sub-index (1.96%)is an indication that the impact of the increases in electricity tariff and PMS price is beginning to manifest. More so, the decline in the annual core index is unlikely to be sustained in the coming months.

The border re-opening is expected to ease supply constraints and reduce the country’s food demand gap. This may be an antidote to rising inflation. However, inflation is likely to remain in double digits until the lingering insecurity challenges, monetary and forex pressures are addressed.

Inflation consistently above the CBN’s target

In the last 5-years, headline inflation has consistently remained above the CBN’s target (6-9%) in spite of its inflation-targeting monetary policy framework. The framework allows the Central Bank to set an inflation target and adjust monetary policies to achieve the target. For the framework to be effective, an accommodative monetary stance is usually adopted when inflation is above the set target.

Hence, with the steep rise in inflation, which is likely to continue in the coming month, the CBN could be forced to reverse its monetary policy stance in line with its monetary framework. The CBN has also noted that the inflation rate above 12% is growth retarding. With inflation fast approaching the 15% threshold, growth prospects remain low.

Core inflation down to 11.05%despite increase in cost-push factors

Core inflation (inflation fewer seasonalities) declined by 0.09% to 11.05% in November. However, on a monthly basis, it increased by 0.71%to 1.96%, reflecting the increases in PMS price and electricity tariff. The highest increases were recorded in prices of passenger transport by air and road (due to a pickup in travel demand as the festive season approaches), pharmaceutical products, medical and artisan services like vehicle repairs and hairdressing salon costs.

Food inflation at a 34-month high due to supply constraints

The food sub-index remained the major driver of inflation. It crossed the 18% threshold to 18.3% due to capacity constraints among local farmers, border closure, forex restrictions and rationing. The continued attack on farmers has depleted food reserves and increased the chances of Nigeria falling into a food crisis in the coming months. An increase in the price of major staples and higher living costs could deepen poverty levels. The World Bank estimates that 6.6 million Nigerians would slip into poverty in 2020.

The rural and urban sub-indices increased to 14.33% and 15.47% respectively. Urban inflation rose at a faster pace and this could be partly due to higher costs of living and food prices.

Of the seven SSA countries tracked, inflation increased in four while it eased in three. The rise in inflation was primarily due to higher food prices. Monetary policy rates were also left unchanged in all the countries. However, it is noteworthy that countries that have higher interest rates than their inflation tend to have a stable currency.

We expect inflationary pressures to persist in the coming months. The re-opening of the land borders will slow the pace of increase in food inflation. However, Nigeria’s inflation will remain in double digits until the lingering insecurity challenges, monetary and forex pressures are addressed.

This post was first published on FDC Economic Bulletin on Thursday, December 17, 2020.