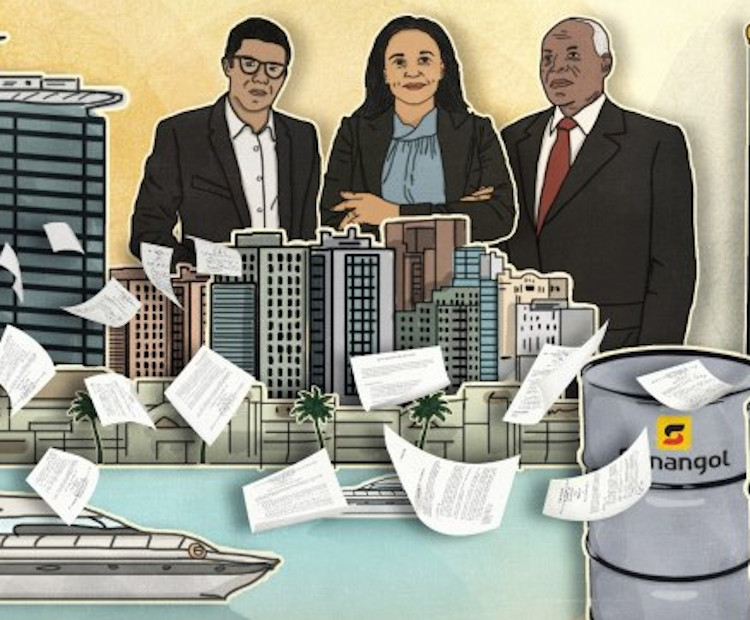 The International Consortium of Investigative Journalists (ICIJ) has revealed that five major global banks have been exposed for funnelling trillions of dollars in criminal funds in the recently leaked FinCEN Files.

The world’s regulators are supposed to be regulating the ‘tainted’ dollars that flow through the financial system and the United States has a number of financial regulation entities. However, the recently leaked FinCEN Files indicates that Financial Crimes Enforcement Network (FinCEN) and other regulators rarely prosecute the world’s banking cartel.

The FinCEN Files is the perfect example of the corruption between the American bureaucracy’s regulators and the world’s leading banks.

2,100 documents implicate New York Mellon, JPMorgan, HSBC, Deutsche Bank, and Standard Chartered in facilitating a number of sketchy financial transgressions. The documents were revealed to 108 news organizations in 88 countries and the ICIJ and Buzzfeed broke the story.

“$2.4 trillion in illicit funds are laundered each year,” the story notes, “but authorities detect less than 1%.” So far the leaks sent to ICIJ and Buzzfeed have uncovered over $2 trillion in fraudulent funding that was processed by the world’s leading banks. Moreover, the investigative journalists have found even more evidence and the tallied number of illicit funds continues to climb.

The leak is quite large and investigative journalists from the ICIJ and other members of the media are still uncovering these financial crimes. The journalist Alicia Tatone says that there are many cases where U.S. regulators warned these five banks, but they continued to process illicit funds for criminals. 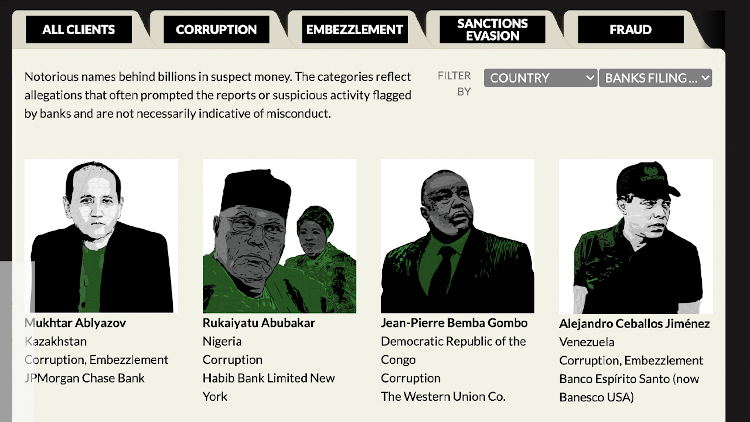 “JPMorgan, the largest bank based in the United States, moved money for people and companies tied to the massive looting of public funds in Malaysia, Venezuela and Ukraine, the leaked documents reveal,” Tatone notes.

There is also a significant list of “confidential clients” that are often associated with “mobsters, fraudsters or corrupt regimes.”

The FinCEN Files indicate that over the last decade, the five major financial institutions have no problem dealing with the world’s shadiest characters.

The same American bank moved over a billion in USD for someone they claimed to not know in London, while the individual ultimately turned out to be on the FBI’s 10 Most Wanted list.

“In all, an ICIJ analysis found, the documents identify more than $2 trillion in transactions between 1999 and 2017 that were flagged by financial institutions’ internal compliance officers as possible money laundering or other criminal activity — including $514 billion at JPMorgan and $1.3 trillion at Deutsche Bank,” Tatone writes. 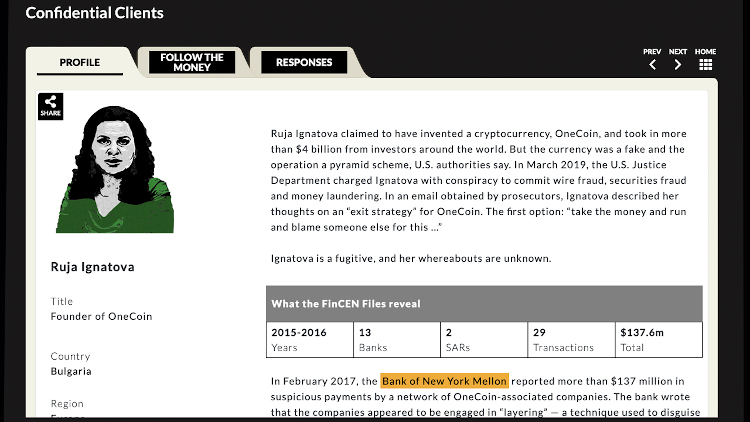 The Bank of New York Mellon (BNY Mellon) is accused of helping the “Cryptoqueen” and the Onecoin crypto Ponzi move $137 million in 29 transactions.

Files show HSBC allowed fraudulent organizations to move billions while Deutsche Bank is accused of moving funds for terrorists and drug cartels. Interestingly FinCEN and the Treasury Department did not respond to a bulk of questions sent by ICIJ and various journalists.

Despite being threatened with fines and sometimes even getting paltry fines much smaller than the transactions processed, the banking cartel did whatever it wanted with no shame. A former financial crimes prosecutor and U.S. Justice Department official, Paul Pelletier, told ICIJ during the investigation that the banks “operate in a system that is largely toothless.”

After being caught so many times, Deutsche Bank who settled $258 million with the Federal Reserve and promised to clean up its act, continued to participate in moving criminal funds. Year after year, the FinCEN Files reveal how Deutsche Bank helped shady individuals and fraudulent shell companies proliferate.

The FinCEN Files show that the Bank of New York Mellon (BNY Mellon) helped the Onecoin crypto Ponzi move roughly $137 million. Back in 2017, BNY Mellon flagged the 29 Onecoin transactions but U.S. regulators did nothing. According to a spokesperson from BNY, the bank detailed to ICIJ that the institution takes financial regulation seriously.

When members of the ICIJ sent questions to Deutsche Bank they declined to answer questions about certain individuals like Ukrainian business tycoon Ihor Kolomoisky.

The report written by Alicia Tatone says that Deutsche Bank told ICIJ they are aware of the bank’s “past weaknesses” and “We are a different bank now,” Deutsche Bank stressed. In fact, all five banks have responded to the FinCEN files since they were leaked this past weekend, and most of the banks pass the blame to financial regulators.

It is interesting the world’s banking cartel never gets in trouble for money laundering, dealing with drug cartels, hired murderers, and associating with known mobsters. Besides Bernie Madoff, not one major bank CEO has been jailed to-date, and the only reason why Madoff was burned was that he robbed the elite.

Meanwhile, law enforcement officials and financial regulators were told by Donald Trump to “go after bitcoin” in 2018 or asked to dismantle the decentralized network in 2012. Localbitcoins traders are arrested and thrown in jail for “illegal money transmission” and the IRS continues to be very focused on ordinary citizens paying their digital currency taxes.