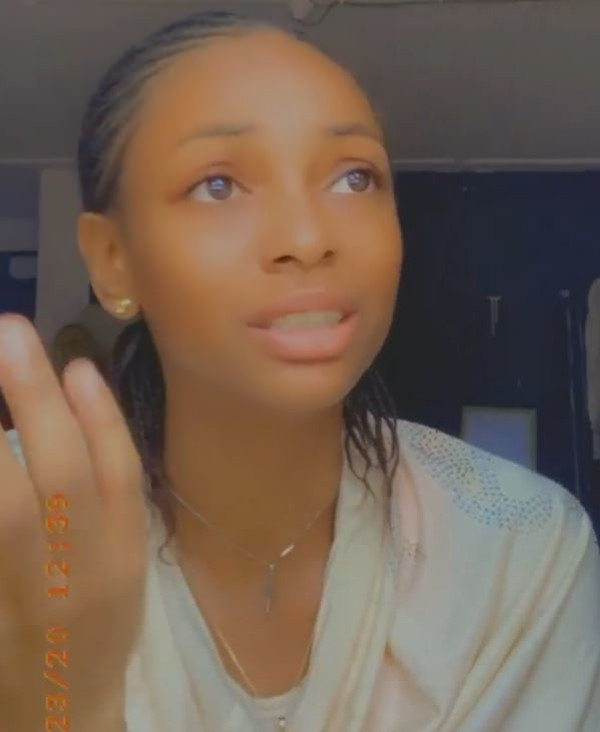 Social media influencer, Adedamola Adewale popularly known as Adeherself has been released after meeting her bail conditions by an Ikeja Special Offences Court.

Brandnewsday reports that Adeherself who was allegedly involved in internet fraud was paraded by a team of the Economic and Financial Crimes Commission (EFCC) has been granted bail of half a million.

Recall that Twitter influencer had been squeezed into the net of the EFCC, following her arraignment in court on July 7, for being in possession of fraudulent documents.

However, her mother took to her Instagram live chat on Thursday to thank her fans for their support during her daughter’s arrest.

She also shared a photo of her daughter on her page thanking God for everything he has done for them.

Adeherself mother said: “To God be the glory. God, thank you for everything, you know the end from the beginning and all glory, adoration and honour be to your Holy name.”

This Biggeoning platform had reported that in a ruling on July 15, Justice Sherifat Solebo granted her N500,000 bail and also ordered that she must provide two sureties with reliable means of income which would be verified by the court.

“Adeherself on June 15, with the intent to defraud, had in her possession a fraudulent document which was entitled ‘WhatsApp’.

“The offence violates Sections 318 of the Criminal Law of Lagos State 2011,” the EFCC Counsel revealed.