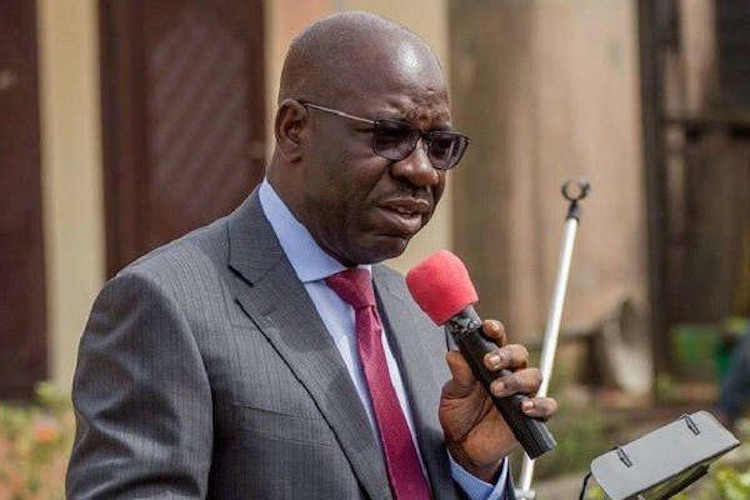 Edo State Governor, Godwin Obaseki has faulted the All Progressives Congress (APC) of importing thugs into the state ahead of the party’s primary.

Governor Obaseki also alleged that while other political parties in Edo State have assured the government of their readiness to comply with the Covid-19 guidelines, the APC stands out.

Brandnewsday reports that the Governor’s Special Adviser on Media and Communication Strategy, Crusoe Osagie released the statement issued by Osarodion Ogie, the Secretary to the State Government stating that APC has imported thugs into the state to actualise its illegality. Adding that the party aimed to further threatening the peace and security of the state.

The statement reads: “The Edo State Government is calling on all political parties holding primary elections to restrict themselves to conduct their activities within the protocols and regulations provided for in the Edo State Coronavirus Quarantine Regulations and the Government’s Gazette on political gatherings during this pandemic.

“These guidelines were issued in fulfilment of government’s statutory duty to ensure the protection of lives and property in the state, in the wake of COVID-19 pandemic.

“However, we note with concern that all the political parties conducting primary elections in Edo State have notified the government of their readiness to comply with the extant laws and COVID-19 regulations, except the All Progressives Congress.”

It further reads: “The APC appears resolved to carry on with the conduct of their primary election in violation of the Edo State COVID-19 Quarantine Regulations and the State Government’s Gazette on political gatherings in a pandemic.”

READ >>  Nigerian Breweries Plc Notifies of The Resignation of Mr. Atedo N.A. Peterside From Its Board

“We also have it on good authority that these persons have imported thugs into the state to actualise this illegality, further threatening the peace and security of our dear state.

“In light of this, we want to state unequivocally that the Edo State Government will spare no expense in upholding the law and protecting the lives of our people. We will ensure we identify and prosecute anyone who engages in this illegality and their collaborators, should they proceed with this unlawful conduct.”