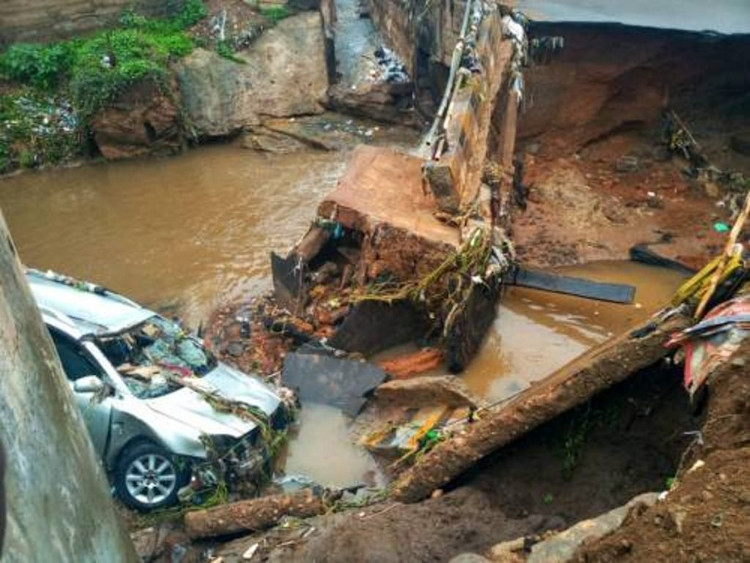 After six days of serious search, the Kwara State Fire Service on Friday disclosed that it has recovered the two remaining bodies missing in the last Saturday’s bridge collapse in Ilorin, Kwara State.

Brandnewsday gathered the two bodies were declared missing following the Ilorin bridge collapse at Oko-Erin area in the Ilorin West Local Government of the state. The recovered bodies were among the five victims of the bridge collapsed during a heavy downpour last Saturday night at about 11 pm.

The Kwara State Fire service search and rescue team through its public relations officer, Hassan Adekunle made this known, in a statement in Ilorin, disclosing that the dentified the bodies as Chuben Orwabo and Chibike Orwabo whose remains have been handed over to their family.

The two bodies said to be of the same parent, whose father also died in the disaster were recovered at the back of Kasmag Motors, Unity road, in Ilorin.

Recall that the body of their late father was recovered on Sunday at Coca-Cola road in Ilorin.

Meanwhile, their Toyota Avensis car with five persons was immersed in the collapsed bridge and three of them swept away in the process while two people survived the disaster.

Similarly, sources revealed that they were returning home after closing from their shops when tragedy struck on the way.

Meanwhile, the Kwara State Government through the deputy governor, Mr Kayode Alabi, has commiserated with the families of the flood victims describing it “as disheartening.”