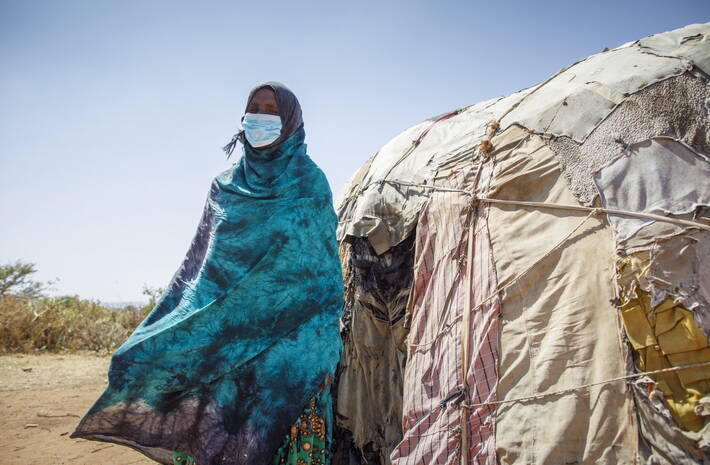 African Union Member States will receive an additional 10 million doses of Astra Zeneca and Pfizer COVID-19 vaccines over the next three months through a new partnership between the French government and the African Union.

The vaccines will be allocated and distributed by the initiative known as the Africa Vaccine Acquisition Trust (AVAT) and the COVAX global vaccine initiative.

The AVAT initiative was set up as a pooled procurement mechanism for the African Union Member States to be able to buy enough vaccines for at least 50% of their needs. The AVAT works closely with the COVAX initiative, which seeks to provide the other 50% through donations.

AVAT is managed on behalf of the African Union Member States by an alliance of the Africa Centres for Disease Control and Prevention (Africa CDC), the United Nations Economic Commission for Africa (UNECA), as well as the African Export-Import Bank (Afreximbank), which also provides the funding for the acquisition of vaccines.

AVAT has already acquired enough vaccines for African countries to vaccinate 400 million people, or one-third of the African population, by September next year, for $3 billion, supported by an innovative partnership with the World Bank.

Since the beginning of the pandemic, President Macron of France has been a powerful advocate in support of Africa’s need to have equitable access to vaccines and was the first leader to welcome and acknowledge the efforts of the African Union Member States to build institutions like AVAT.

He has met several times with the African Union’s leadership and has also travelled to South Africa where the French development agency Proparco is helping to expand Africa’s largest vaccine manufacturing facility. France will also contribute to the WHO-supported Hub, which will enable mRNA vaccines technology transfer to the African continent.

The French government has also been a strong advocate of vaccine sharing in the fight against COVID-19 to accelerate global vaccination rates and ensure equitable access to safe and efficacious immunization against COVID-19. In April of this year, France became the first country to share doses with COVAX, a global vaccine initiative managed by CEPI, Gavi, WHO, and UNICEF. Through its new partnership with AVAT, the French government will add to these efforts and advance its commitment to sharing at least 60 million doses before the end of 2021.

Experience Post-COVID Recovery,
His Excellency Cyril Ramaphosa, President of the Republic of South Africa and African Union COVID-19 Champion, said: “The donation by the French Republic of 10 million COVID-19 vaccine doses to the African continent is a clear and welcome demonstration of human solidarity and political cooperation at a time the world needs this most.

A safer and healthier Africa is a prerequisite for a safer and healthier world. I commend President Macron and the government and people of France for this important contribution to our continent’s fight against illness and the unfortunate and avoidable reality of unequal access to vaccines in many regions of the world, including Africa.”

His Excellency Emmanual Macron, President of the French Republic, said: “The solution to the pandemic will only come from strong cooperation, between multilateral, regional and national actors. Based on our solid partnership with the African Union, I want us to build together on the expertise and the political legitimacy of African leaders.

Thus 10 million doses of Astra Zeneca and Pfizer vaccines will be donated by the French people to the African Union, who will decide on their allocation, in coordination with COVAX. This demonstrates my will, as President of France, to stand shoulder to shoulder with African people and face the pandemic together.”