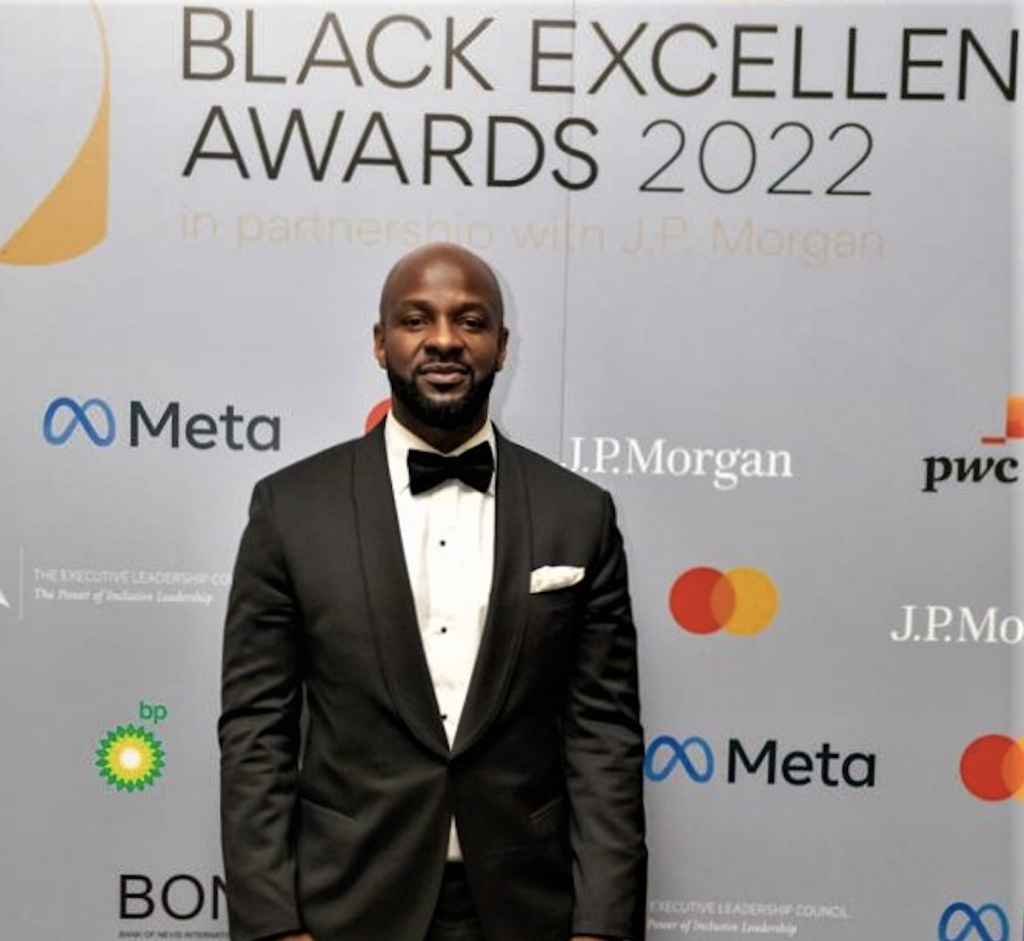 African tech giant, Alex Okosi has been honoured as a member of the UK Powerlist 2023.

BrandNewsDay Nigeria reports that Okosi, who is the Managing Director, of Emerging Markets, YouTube EMEA, received the honour for the second year running at the Black Excellence Awards at the Savoy Hotel in London on 28 October 2022.

This online news platform gathered that awarded annually since 2007, the Powerlist, in partnership with J.P. Morgan, honours incredible men and women across a wide range of industries including business, science, technology and the arts. Each year it recognises and celebrates 100 of Britain’s most influential black people and showcases black role models to young people.

Open to Black Britons wherever they live in the world and to anyone in the UK who is black, The Powerlist 2023 is regarded as the leading authority on issues of black influence in the UK.

Commenting on The Powerlist Okosi said, “Growing up first in Nigeria and later in the USA in the mid-1980s, I found black role models were few and far between; I chose my role models from sportspeople and entertainers because those were the only black faces I saw in the media, in films, and on TV.

Fast forward to now, and I am beyond thrilled to see the incredible range of representation and diversity highlighted by the UK Powerlist 2023. Recognising extraordinary leaders of African, Afro-Caribbean and African-American heritage, the list goes beyond sports and entertainment to encompass Management, Retail, the Arts, Finance, Tech, History, Academia, Fashion, Design, Politics, Law, Entrepreneurship, Social Investment and much more.

While the goal of equal representation is still a way off, I am thankful that my kids and your kids and their kids after them will have these shining role models and many more to inspire and lead them. Kudos to Michael Eboda, the Powerful Media team, J.P. Morgan and judges Dame Linda Dobbs, Tim Campbell, Dr Heather Melville, Ijeoma Okoli, Cecil Peters, Nicola Rollock, Matthew Ryder, Alwin Swales and Daniel Taylor for their involvement in this important initiative and for considering me worthy to be on the Powerlist for the second year running.”

Nigerian-born Okosi was first selected for the Powerlist in October 2021 after joining YouTube in 2020, following a long and illustrious career at Viacom International Media Networks Africa (now Paramount International Networks), where he introduced powerhouse entertainment brands like MTV Base, Nickelodeon, Comedy Central and BET to the African continent.

A staunch champion of African creativity, culture and empowerment, Okosi was instrumental in persuading Viacom to introduce localised channel brands in Africa, starting with MTV Base in 2005. After moving to YouTube, he has continued to support initiatives that empower African creators and businesses via initiatives such as the Black Voices Fund. He is a regular speaker on diversity and inclusion and is an Executive member of the Google and YouTube committees that drive and deliver the brands’ racial equity commitments across Europe, the Middle East and Africa.